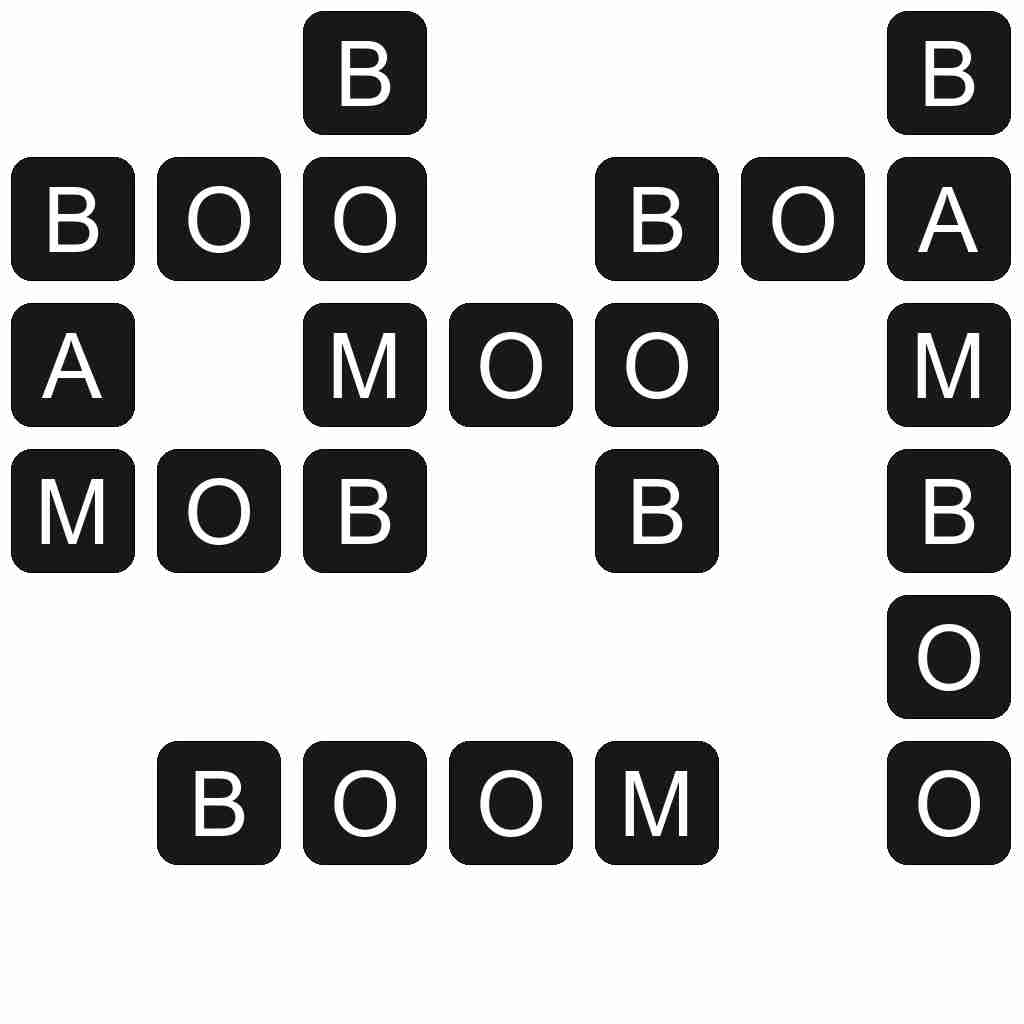 BOMB - An explosive device used or intended as a weapon.

BAMBOO - A plant; a grass of the Poaceae family, characterised by its woody, hollow, round, straight, jointed stem.