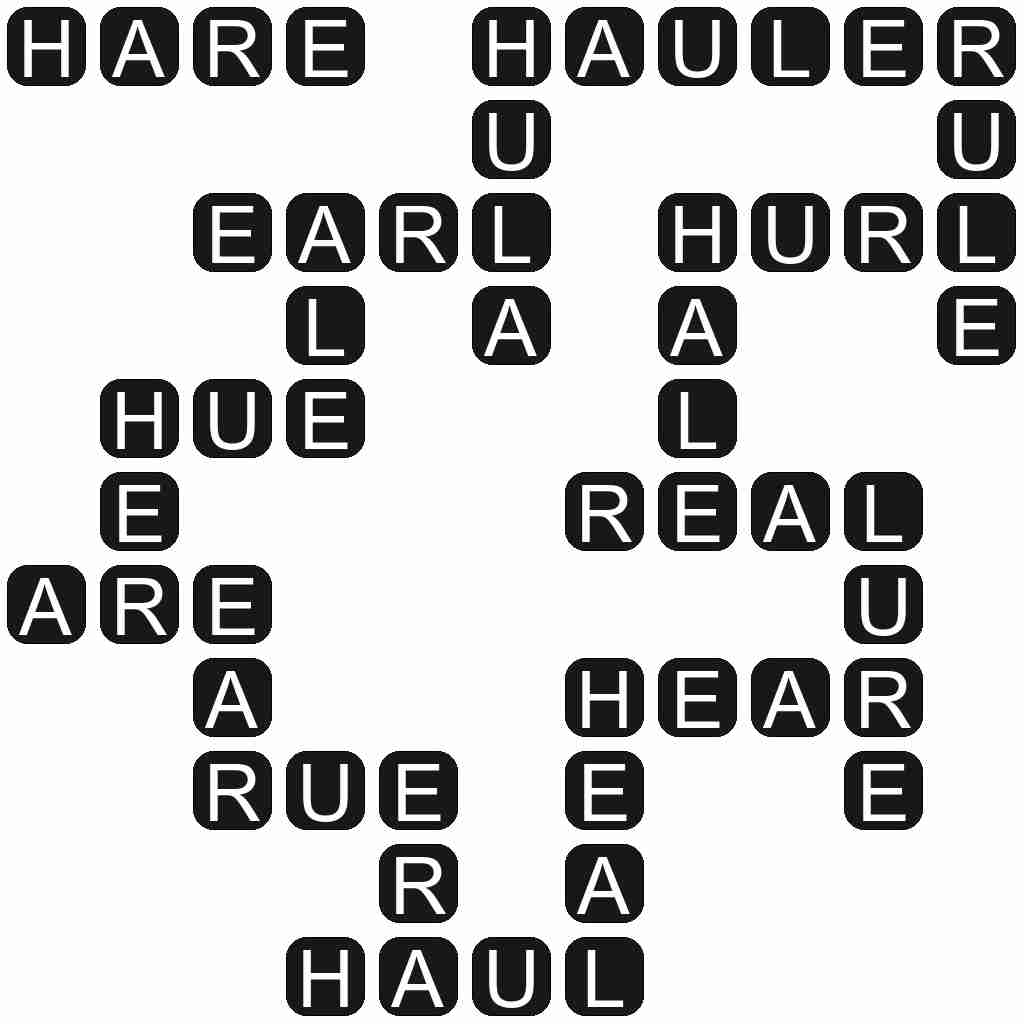 HAUL - To carry something; to transport something, with a connotation that the item is heavy or otherwise difficult to move.

HURL - To throw (something) with force.

HULA - A form of chant and dance, which was developed in the Hawaiian Islands by the Polynesians who originally settled there.