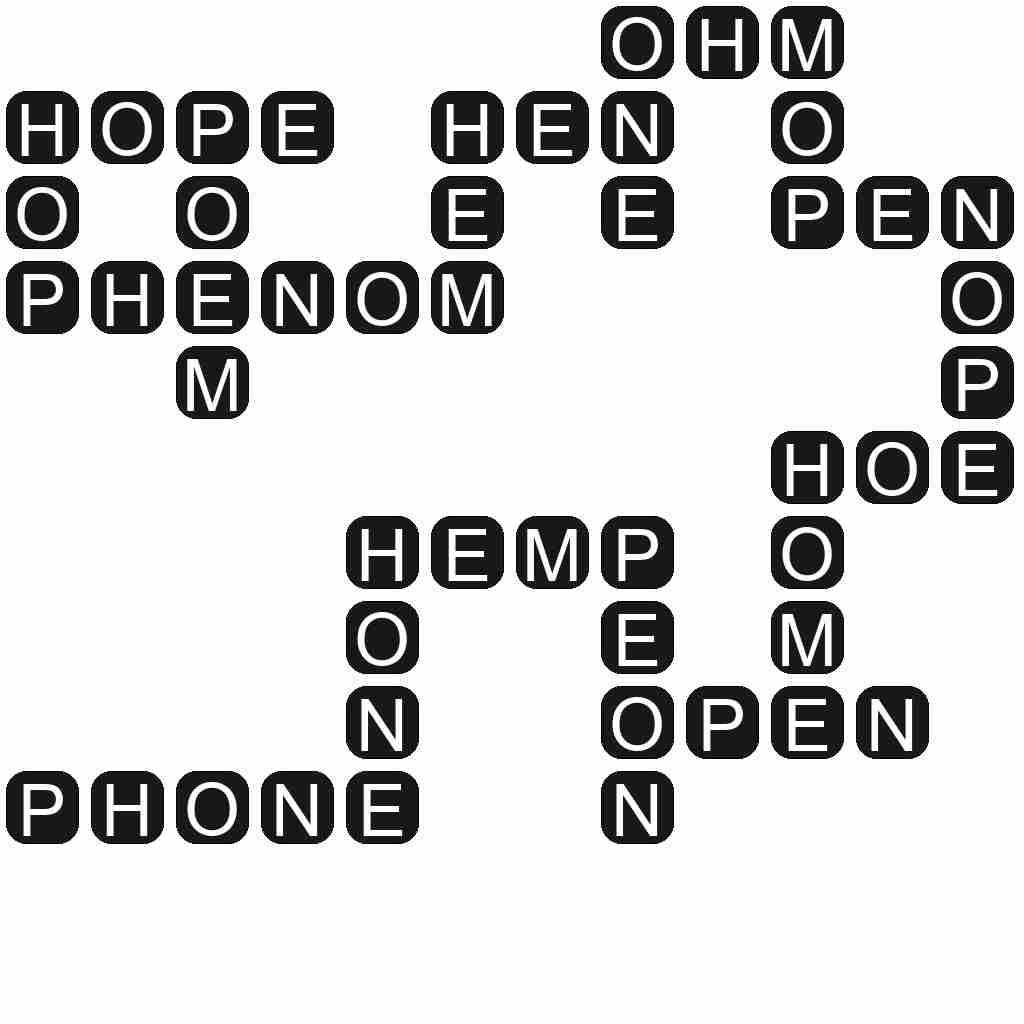 HOPE - The belief or expectation that something wished for can or will happen.

HONE - A sharpening stone composed of extra-fine grit used for removing the burr or curl from the blade of a razor or some other edge tool.

PHONE - A device for transmitting sound in real time across distances.

PHENOM - Someone or something that is phenomenal, especially a young player in sports like baseball, American football, basketball, tennis, and golf.