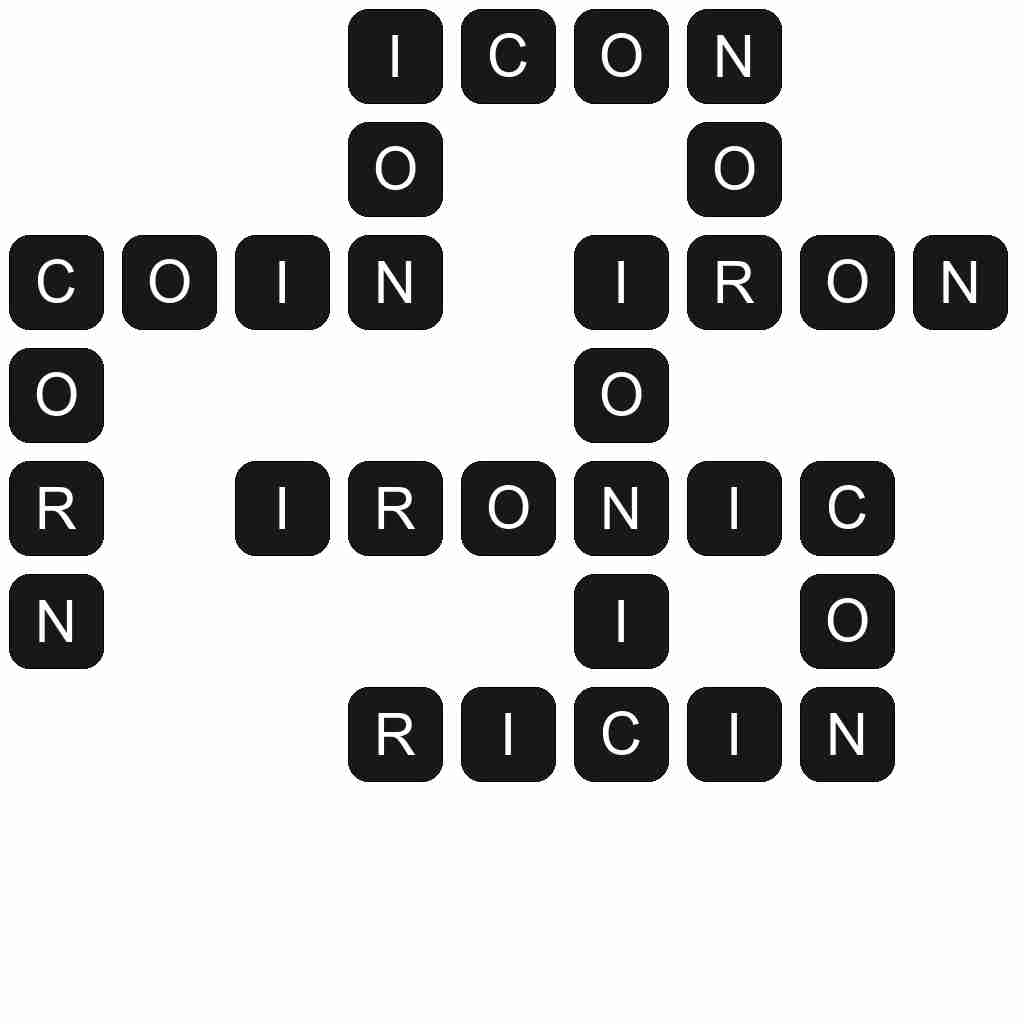 RICIN - A toxic protein extracted from the castor bean.

IRONIC - Characterized by or constituting (any kind of) irony.