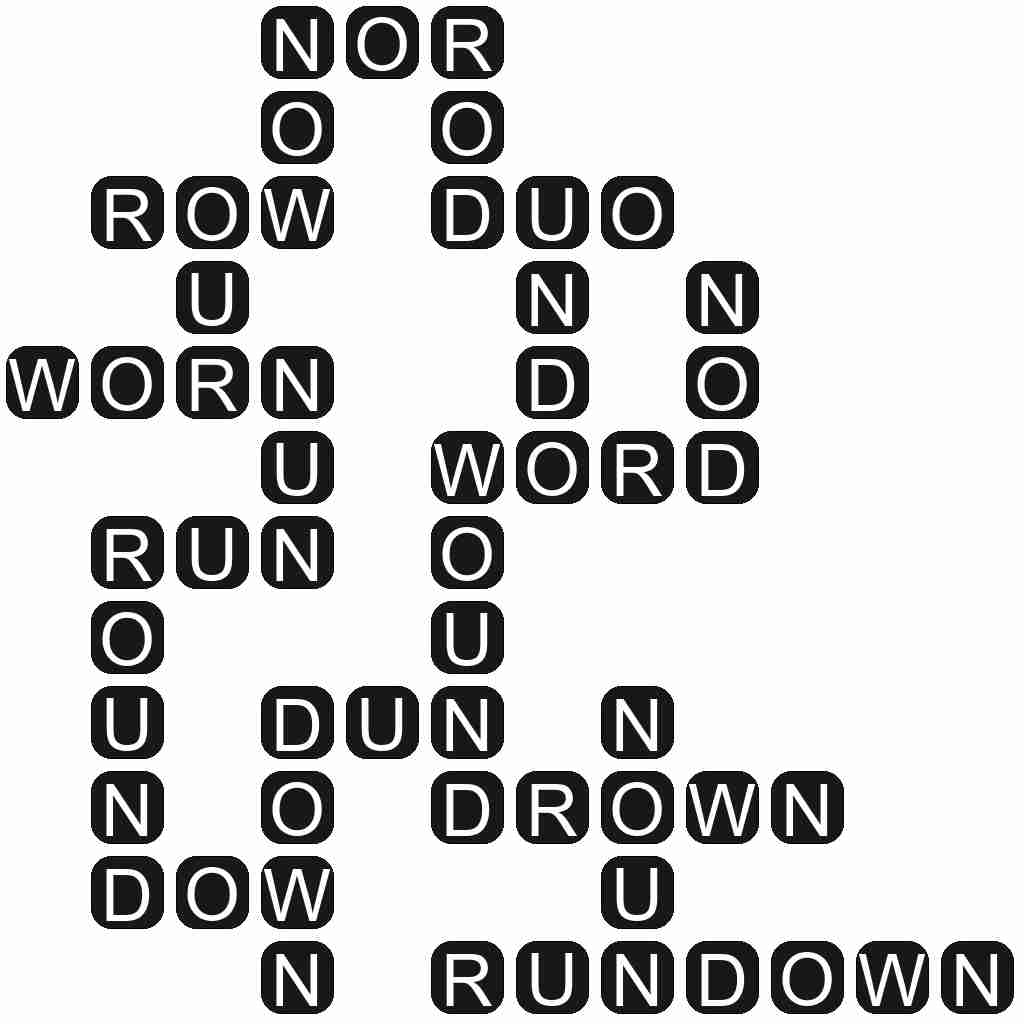 WORD - A distinct unit of language which is approved by some authority.

UNDO - To reverse the effects of an action.

NOUN - A word that can be used to refer to a person, animal, place, thing, phenomenon, substance, quality, or idea; one of the basic parts of speech in many languages, including English.

DROWN - To be suffocated in water or other fluid; to perish by such suffocation.

ROUND - Circular or cylindrical; having a circular cross-section in one direction.

WOUND - An injury, such as a cut, stab, or tear, to a (usually external) part of the body.

RUNDOWN - A rough outline. Generally used in the definite, as the rundown.