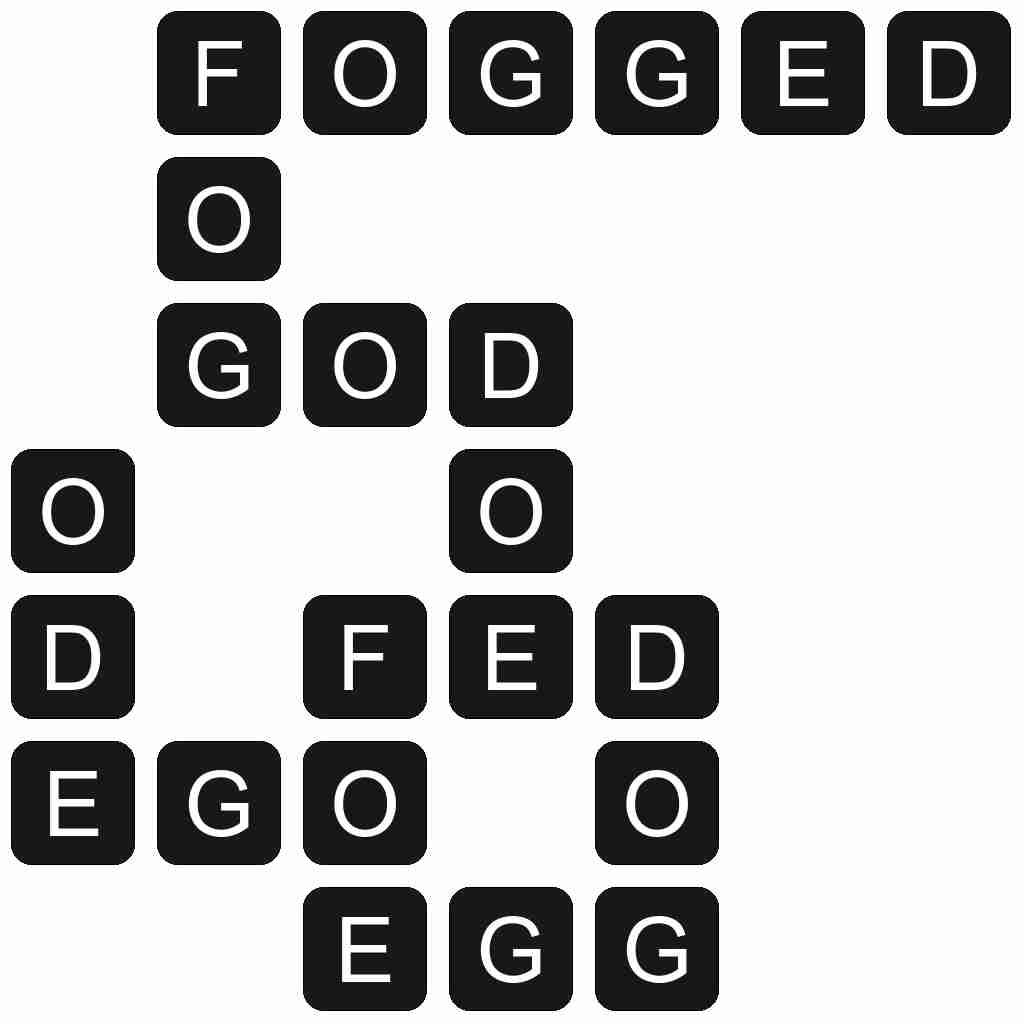 FOG - A thick cloud that forms near the ground; the obscurity of such a cloud.

FOGGED - Simple past tense and past participle of fog.