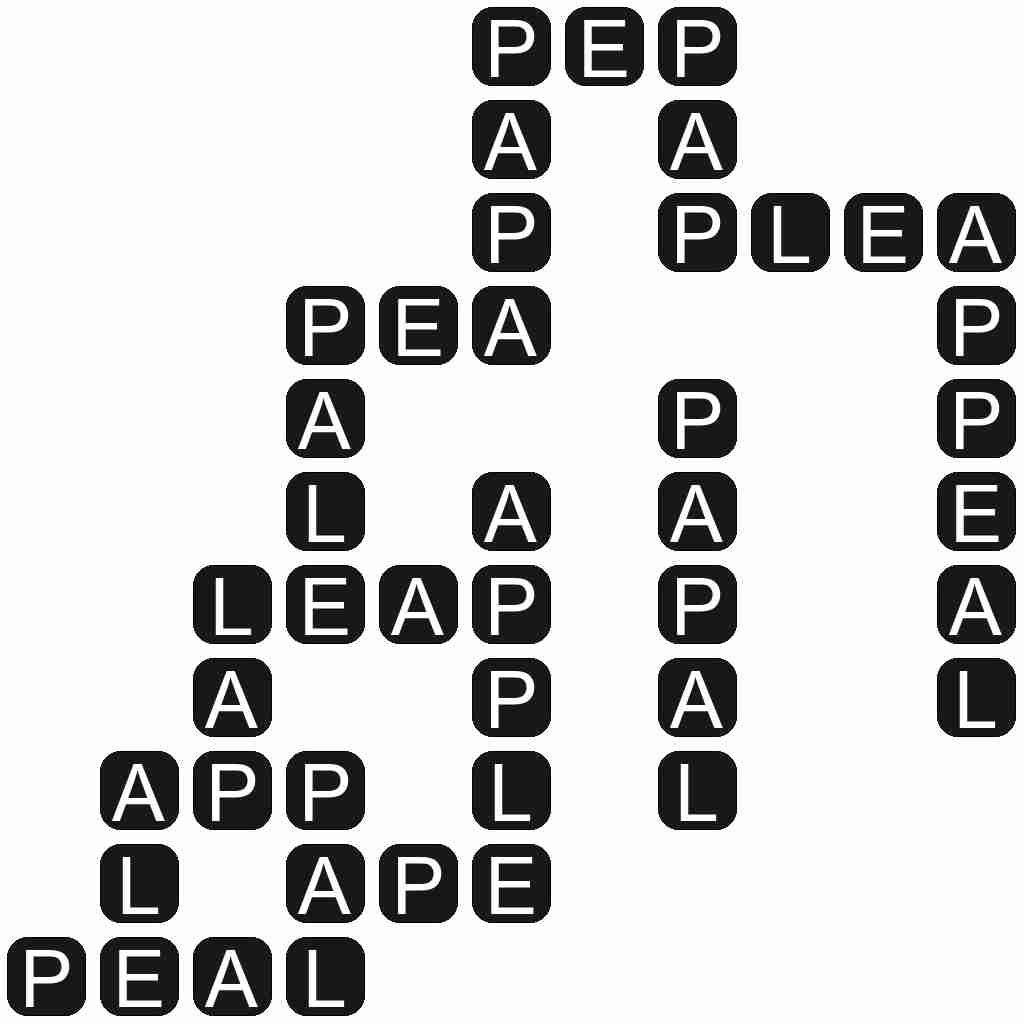 APPLE - A common, round fruit produced by the tree Malus domestica, cultivated in temperate climates.

PAPAL - Having to do with the pope or the papacy.

APPEAL - To accuse (someone of something).