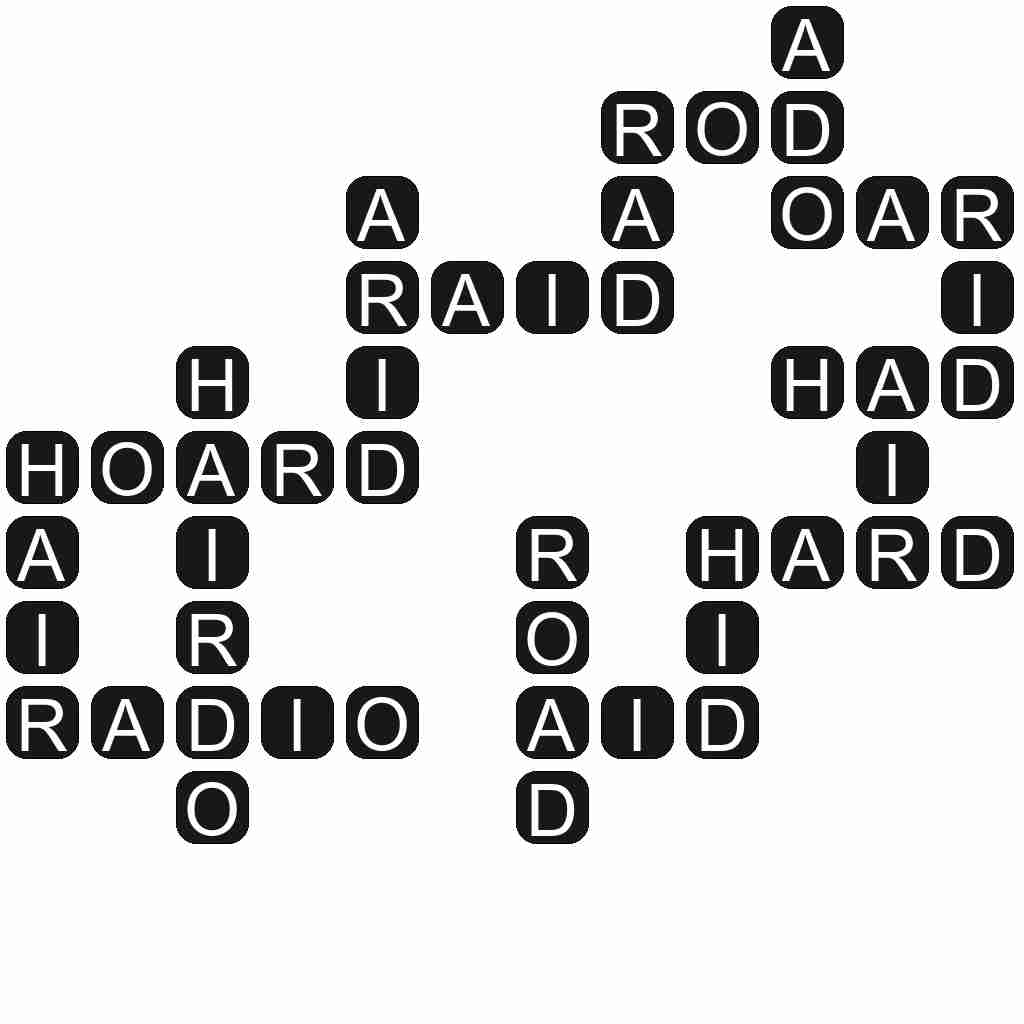 HID - Simple past of hide.

RAID - A hostile or predatory incursion; an inroad or incursion of mounted men; a sudden and rapid invasion by a cavalry force; a foray.

RADIO - The technology that allows for the transmission of sound or other signals by modulation of electromagnetic waves.