The words included in this word game are:
DID, ODD, DOE, ODE, DIED, DIODE, IODIDE. 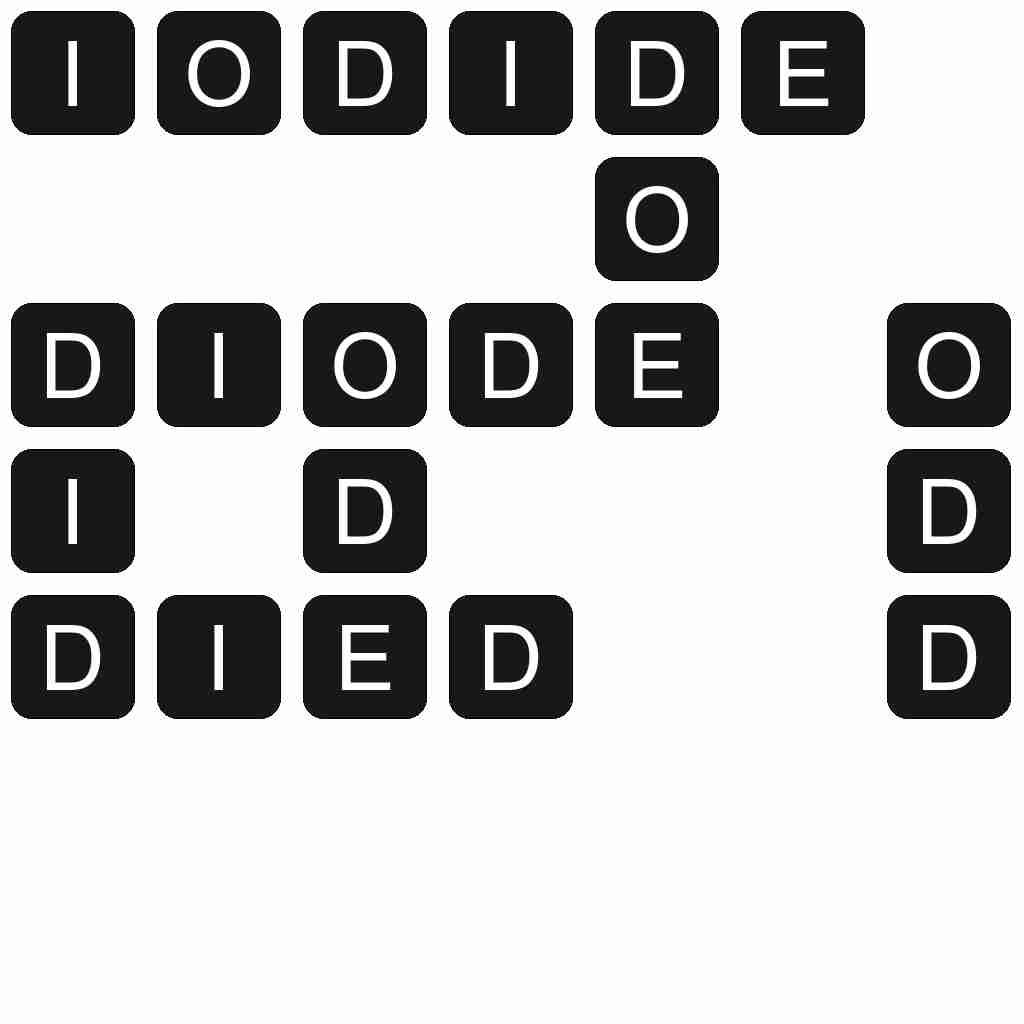 DIODE - An electronic device that allows current to flow in one direction only; a valve.

IODIDE - A binary compound of iodine and another element or radical.