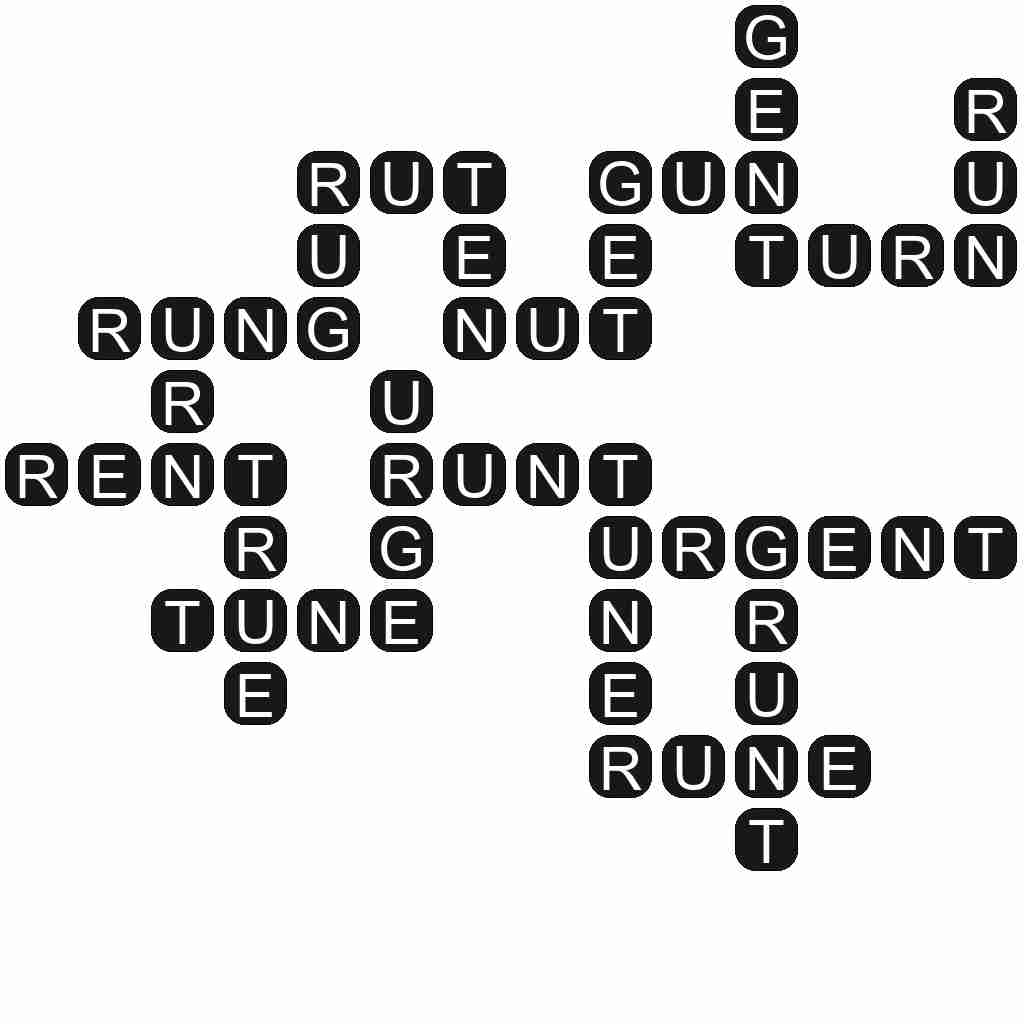 URGE - A strong desire; an itch to do something.

GRUNT - A short, snorting sound, often to show disapproval, or used as a reply when one is reluctant to speak.