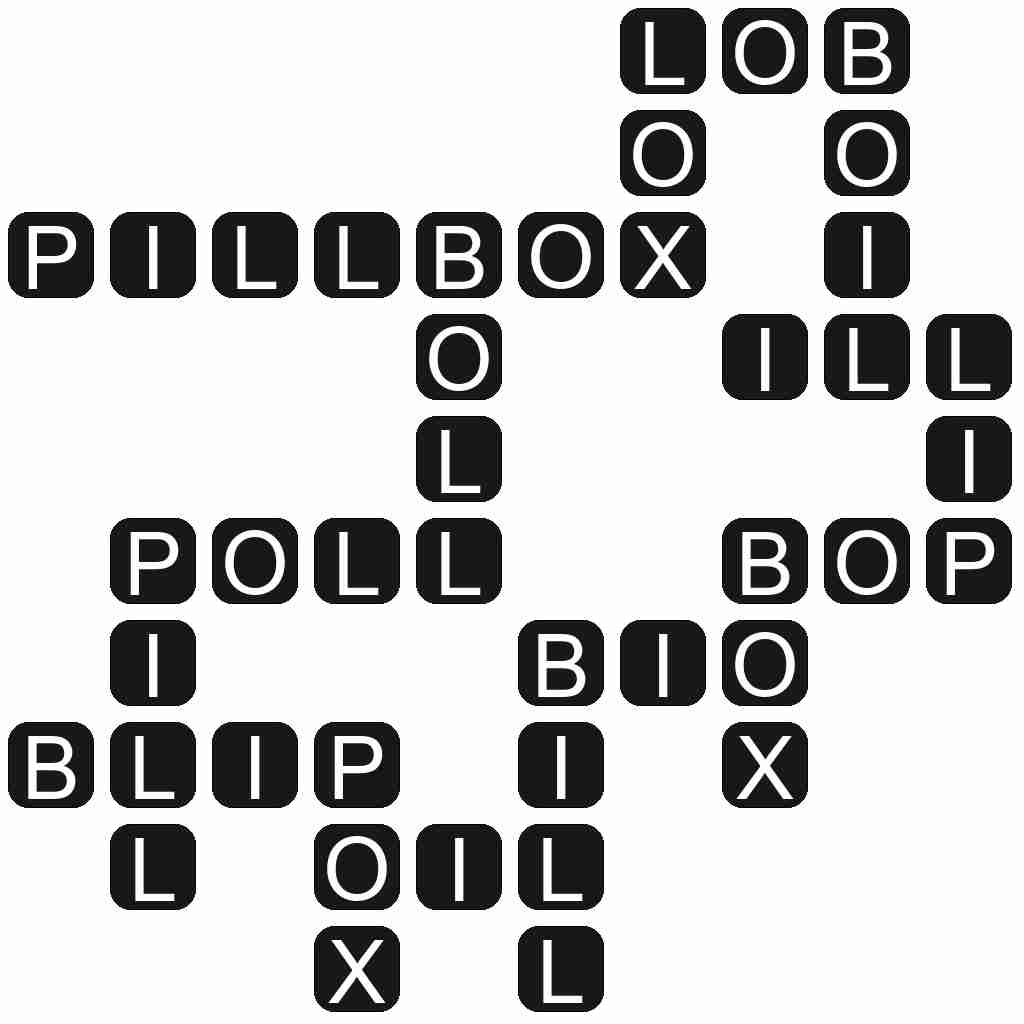 BOX - A cuboid container, usually with a hinged lid.

BLIP - A small dot registered on electronic equipment, such as a radar or oscilloscope screen.

PILLBOX - A small box in which pills are kept.