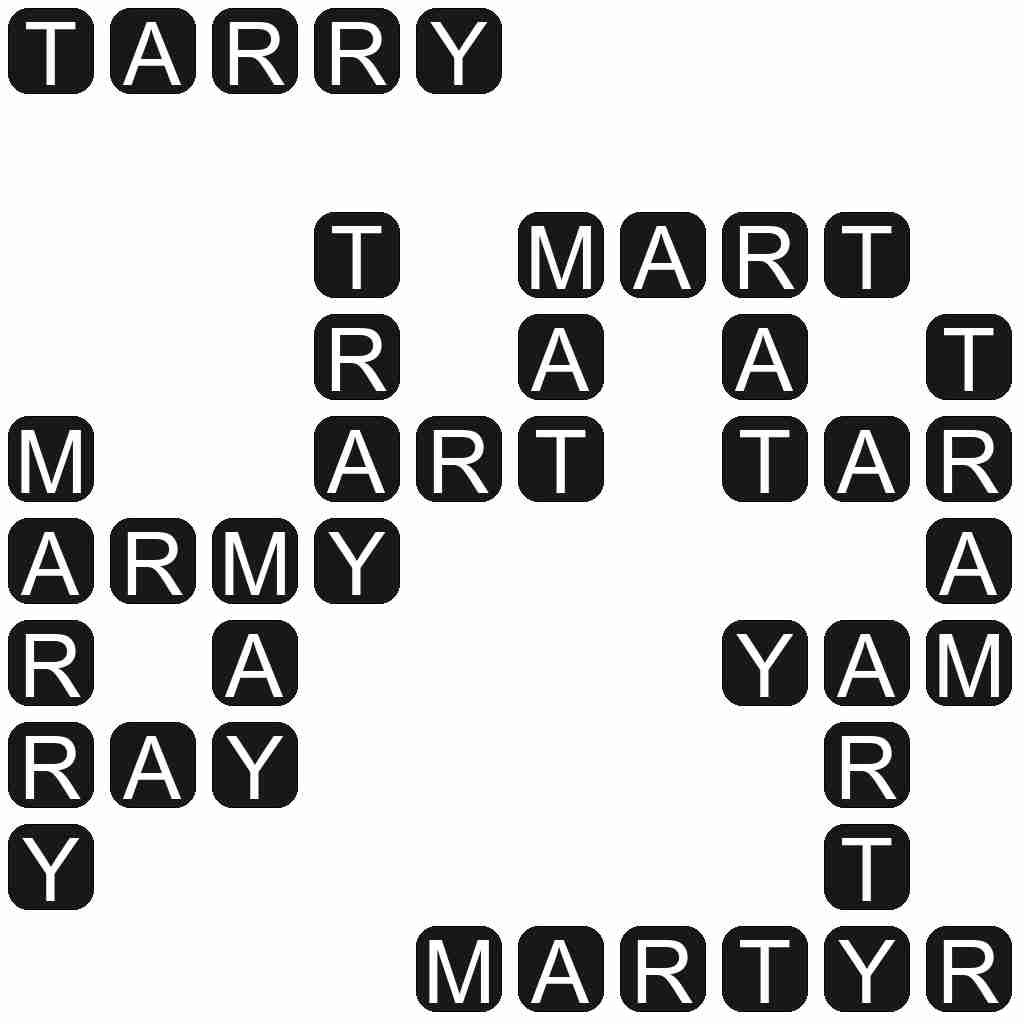 TRAM - A passenger vehicle for public use that runs on tracks in the road.

MARRY - Indeed!, in truth!; a term of asseveration.

TARRY - To delay; to be late or tardy in beginning or doing anything.

MARTYR - One who willingly accepts being put to death for adhering openly to one's religious beliefs; notably, saints canonized after martyrdom.