The words included in this word game are:
ALE, ALL, ELF, FALL, FELL, FLEA, LEAF, FALAFEL. 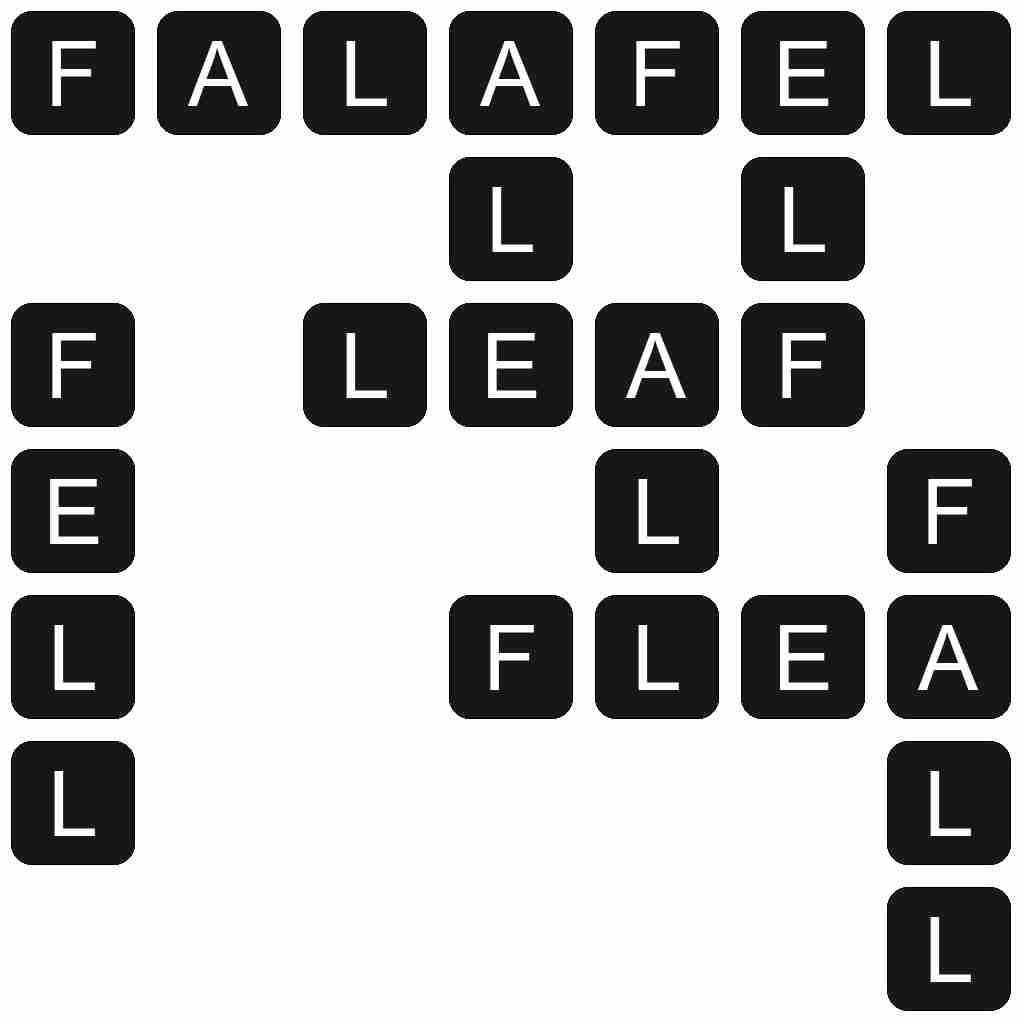 FALAFEL - A Middle Eastern food in the form of balls made from chickpeas and other ingredients. Often served in a pita.