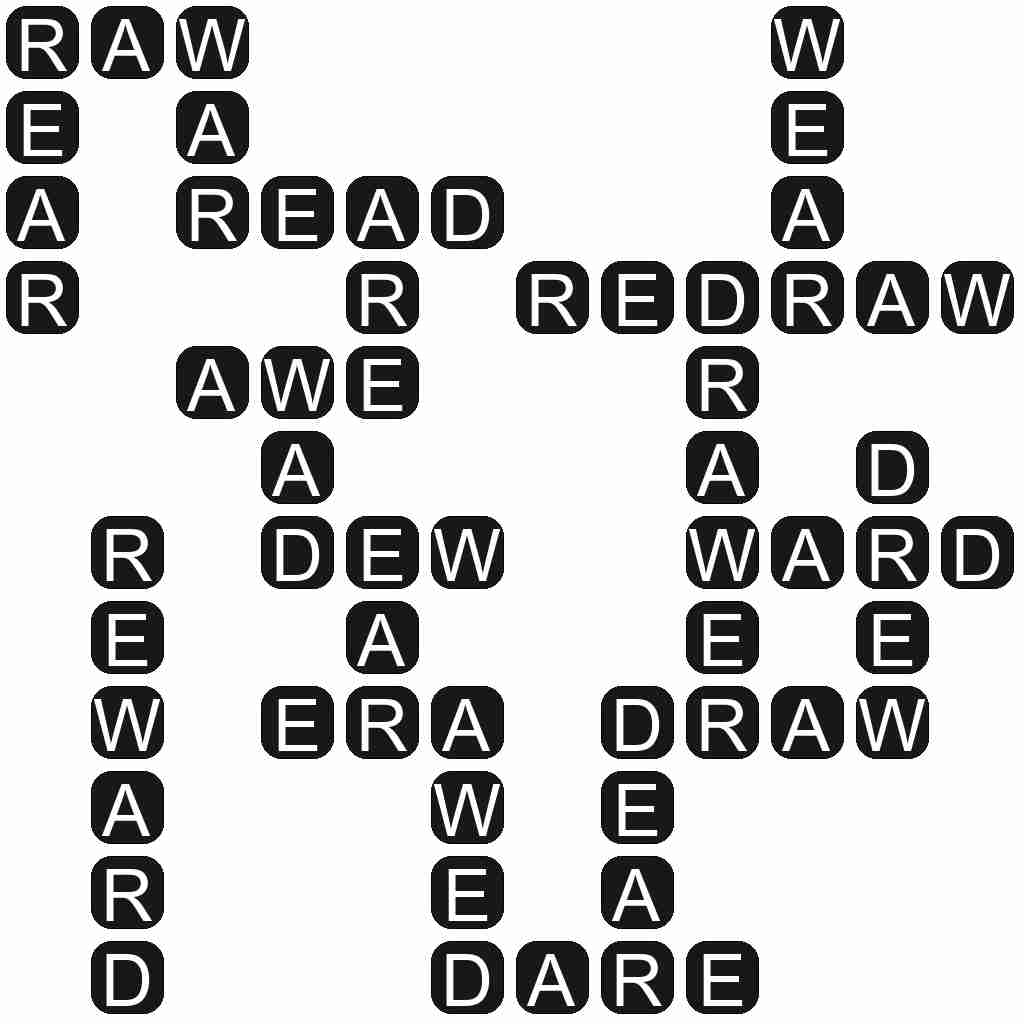 DARE - To have enough courage (to do something).

DRAW - To sketch; depict with lines; to produce a picture with pencil, crayon, chalk, etc. on paper, cardboard, etc.

AWED - Simple past tense and past participle of awe.

DRAWER - An open-topped box that can be slid in and out of the cabinet that contains it, used for storing clothing or other articles.

REWARD - Something of value given in return for an act.