Home » Wordscapes answers for all levels » 5205 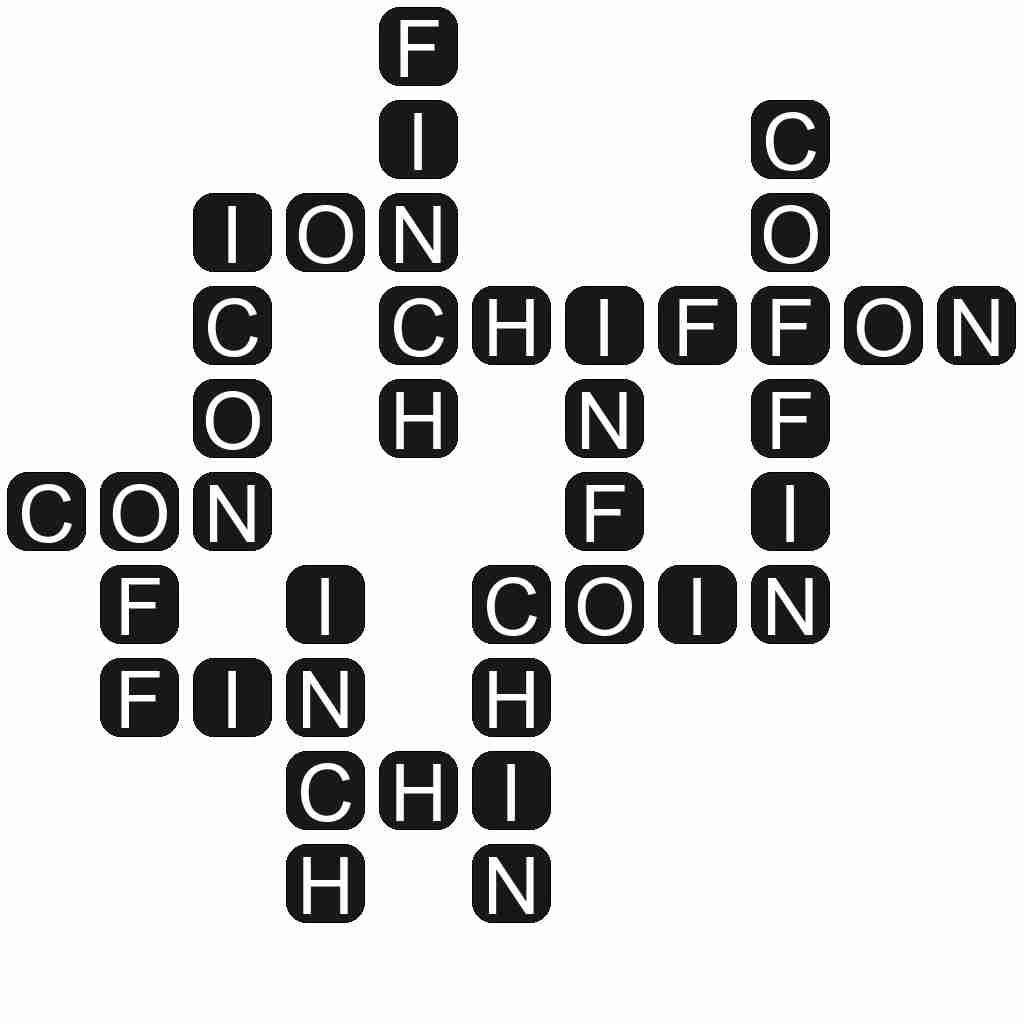 CHIN - The bottom of a face, especially, the lower jaw or the region below the mouth.

INCH - A unit of length equal to one-twelfth of a foot and equivalent to exactly 2.54 centimetres.

FINCH - Any bird of the family Fringillidae, seed-eating passerine birds, native chiefly to the Northern Hemisphere and usually having a conical beak.

COFFIN - An oblong closed box in which a dead person is buried.