The words included in this word game are:
CON, FIN, ION, OFF, COIN, ICON, INFO, COFFIN. 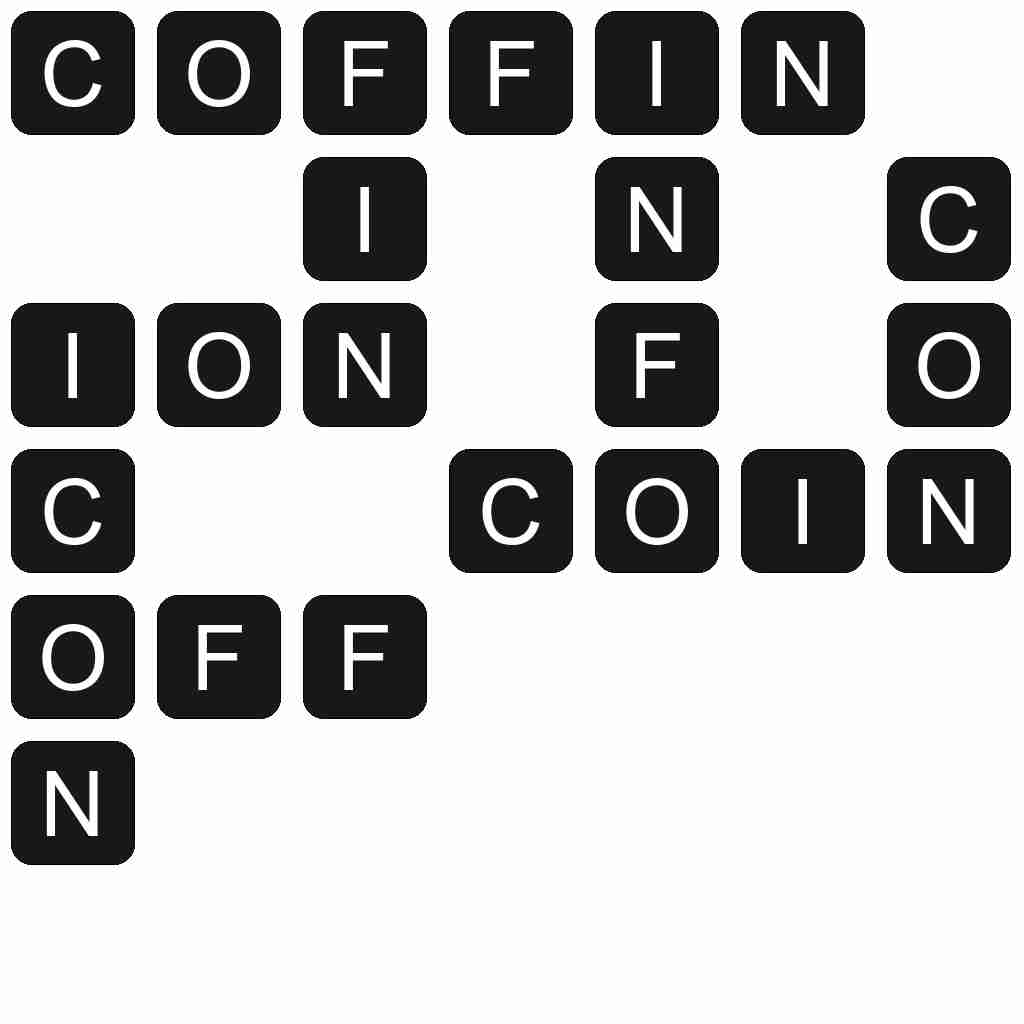 COFFIN - An oblong closed box in which a dead person is buried.