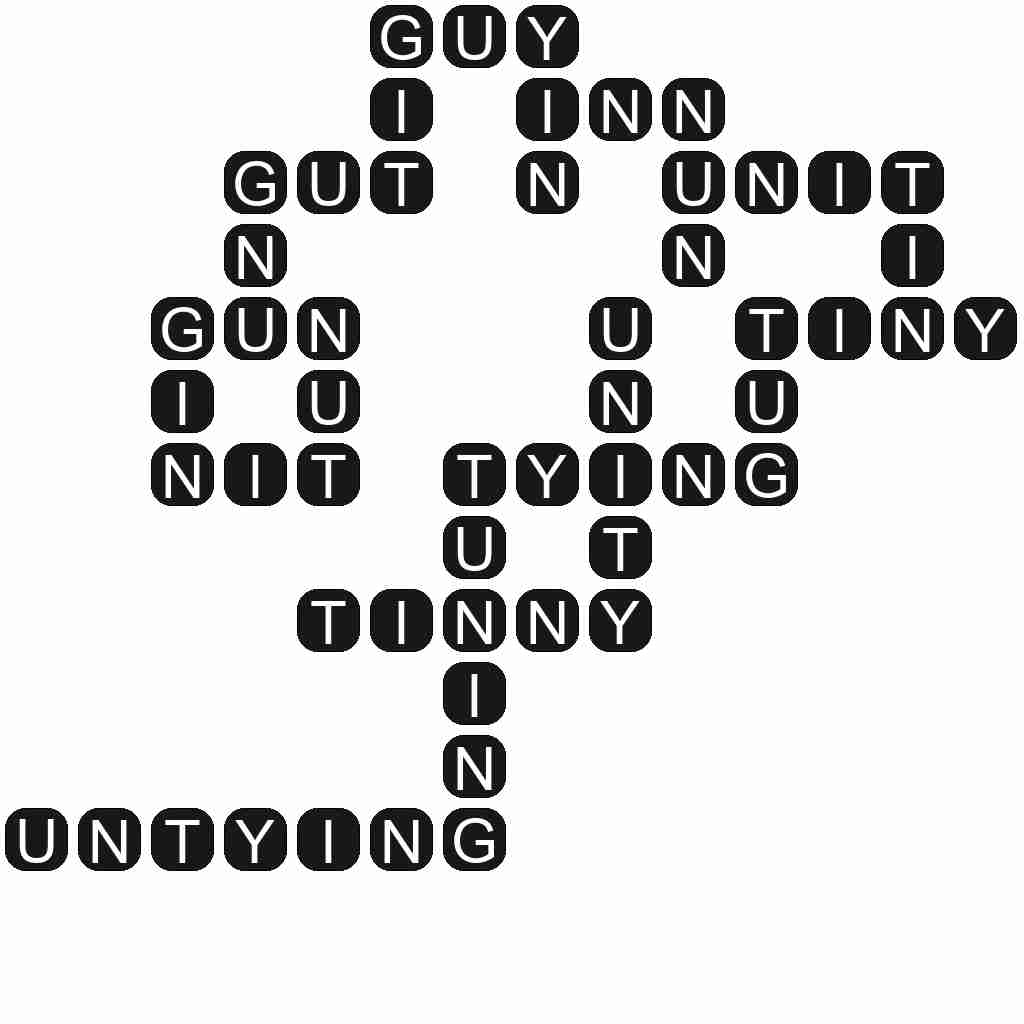 GUY - A guide; a leader or conductor.

UNIT - A standard measure of a quantity.

TYING - Action of the verb to tie; ligature.

UNITY - Oneness; the state or fact of being one undivided entity.

TUNING - Action of the verb to tune.