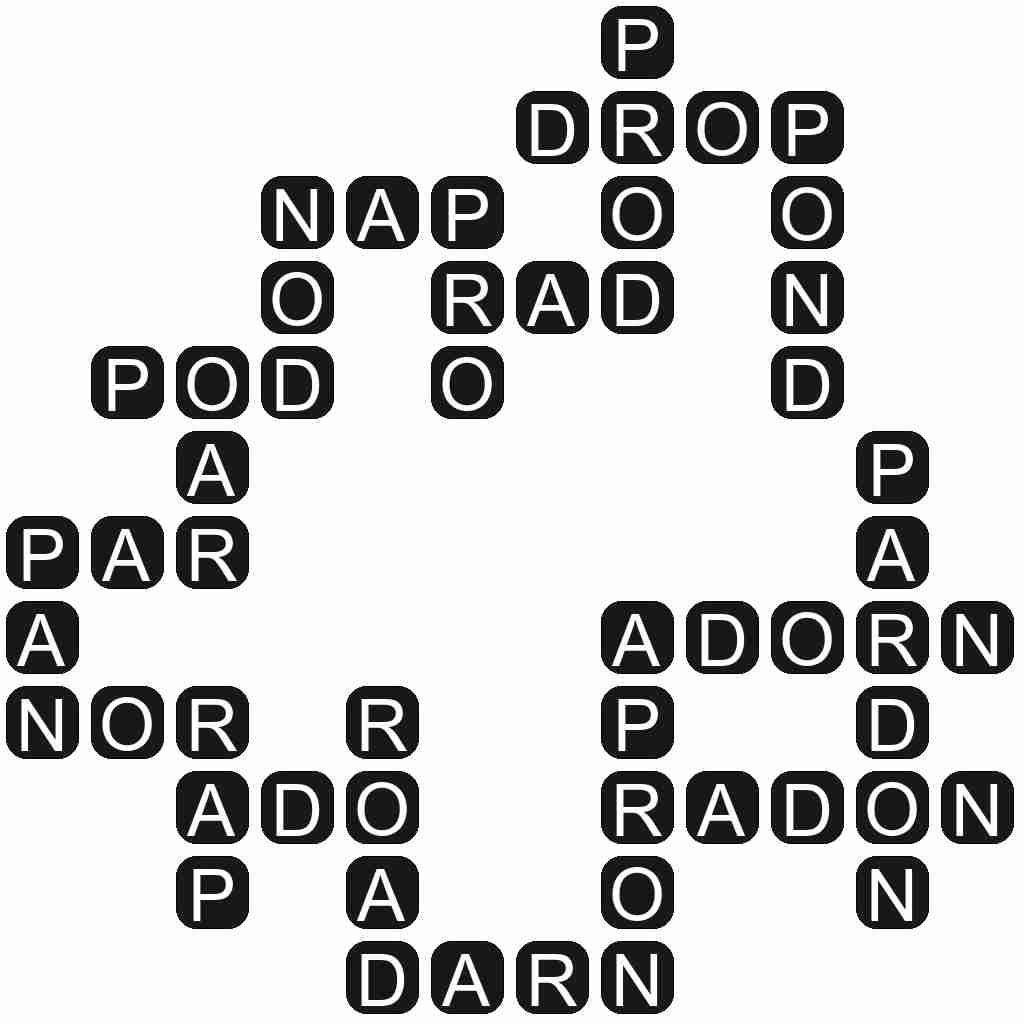 DROP - A small mass of liquid just large enough to hold its own weight via surface tension, usually one that falls from a source of liquid.

POND - An inland body of standing water, either natural or man-made, that is smaller than a lake.

APRON - An article of clothing worn over the front of the torso and/or legs for protection from spills.

ADORN - To make more beautiful and attractive; to decorate.

PARDON - Forgiveness for an offence.