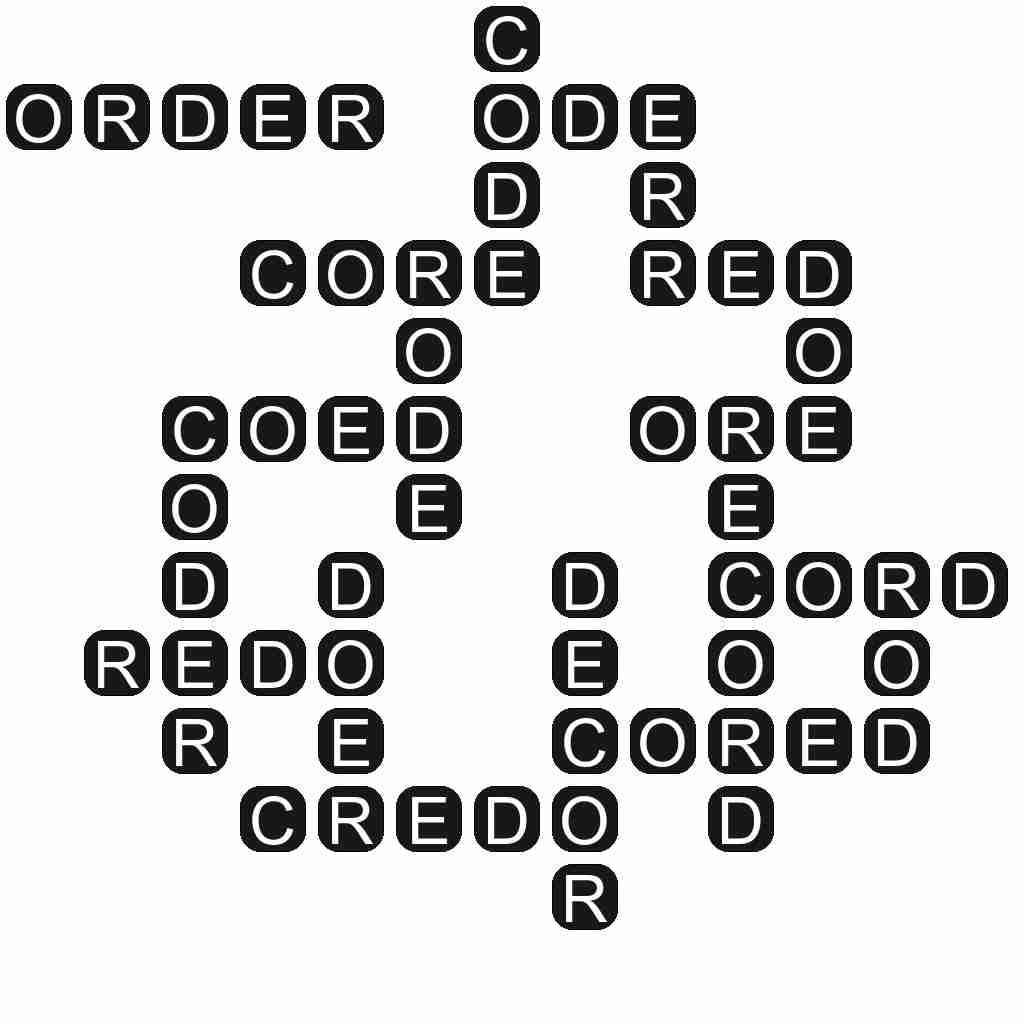 CODER - A device that generates a code, often as a series of pulses.

DECOR - The style of decoration of a room, building.

CORED - Simple past tense and past participle of core.

RECORD - An item of information put into a temporary or permanent physical medium.