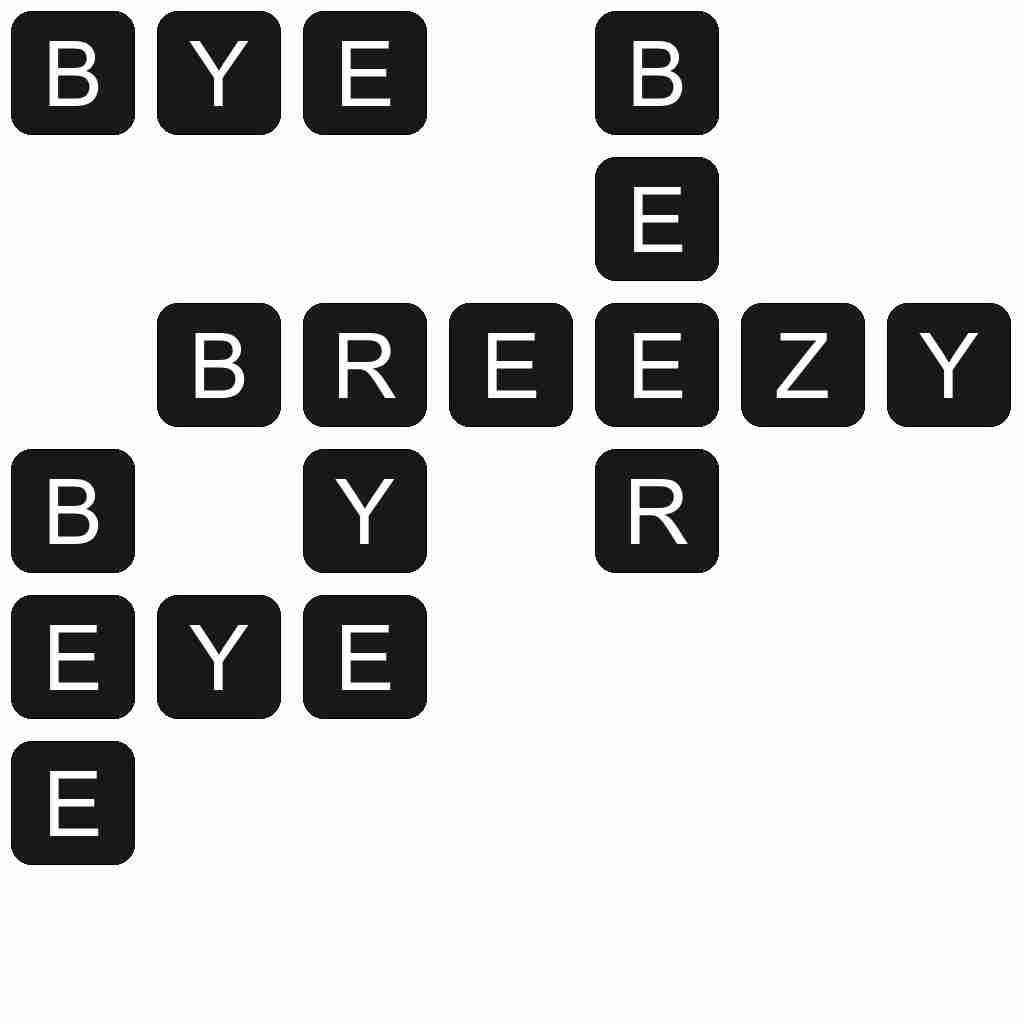 BREEZY - With a breeze blowing, with a lively wind, pleasantly windy.