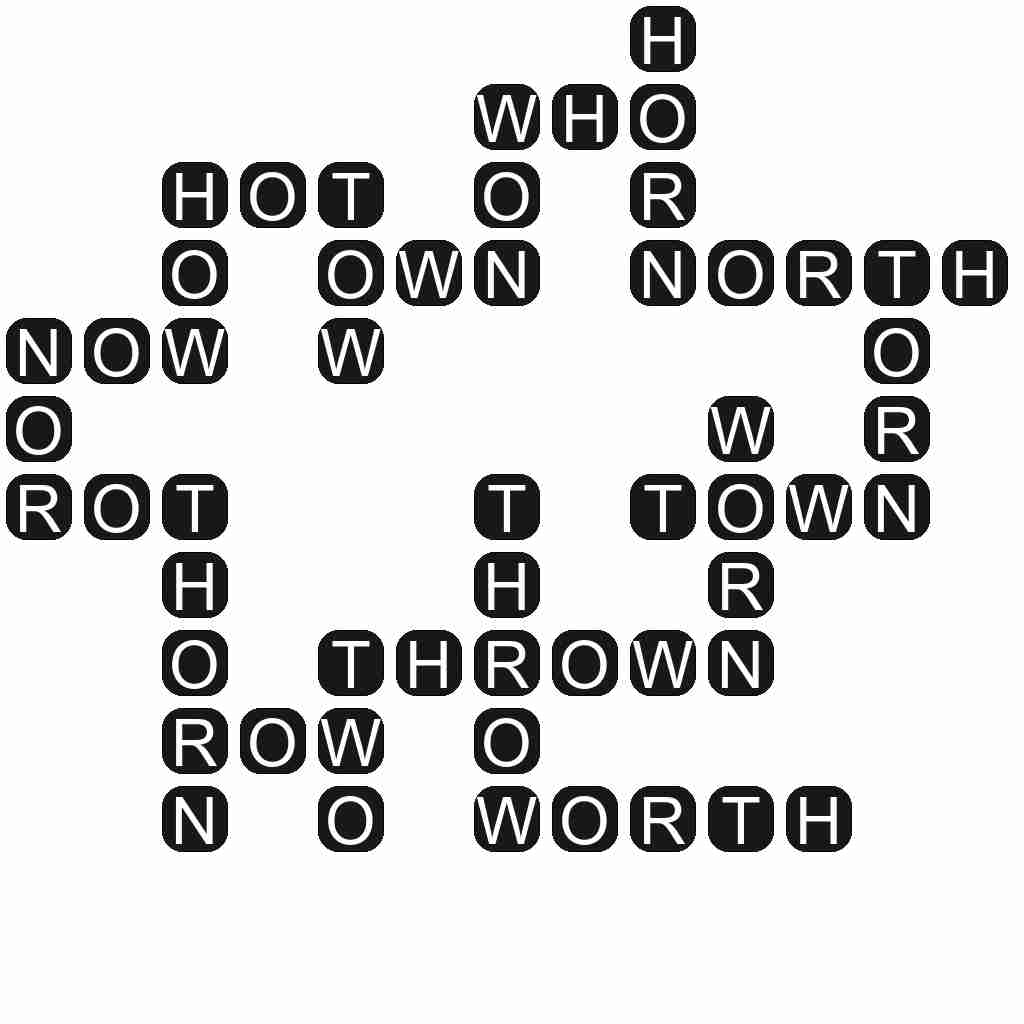 HOT - Of an object, having a high temperature.

HORN - A hard growth of keratin that protrudes from the top of the head of certain animals.

NORTH - One of the four major compass points, specifically 0°, directed toward the North Pole, and conventionally upwards on a map.

THROW - To cause an object to move rapidly through the air.

WORTH - Having a value of; proper to be exchanged for.

THORN - A sharp protective spine of a plant.

THROWN - Past participle of throw.