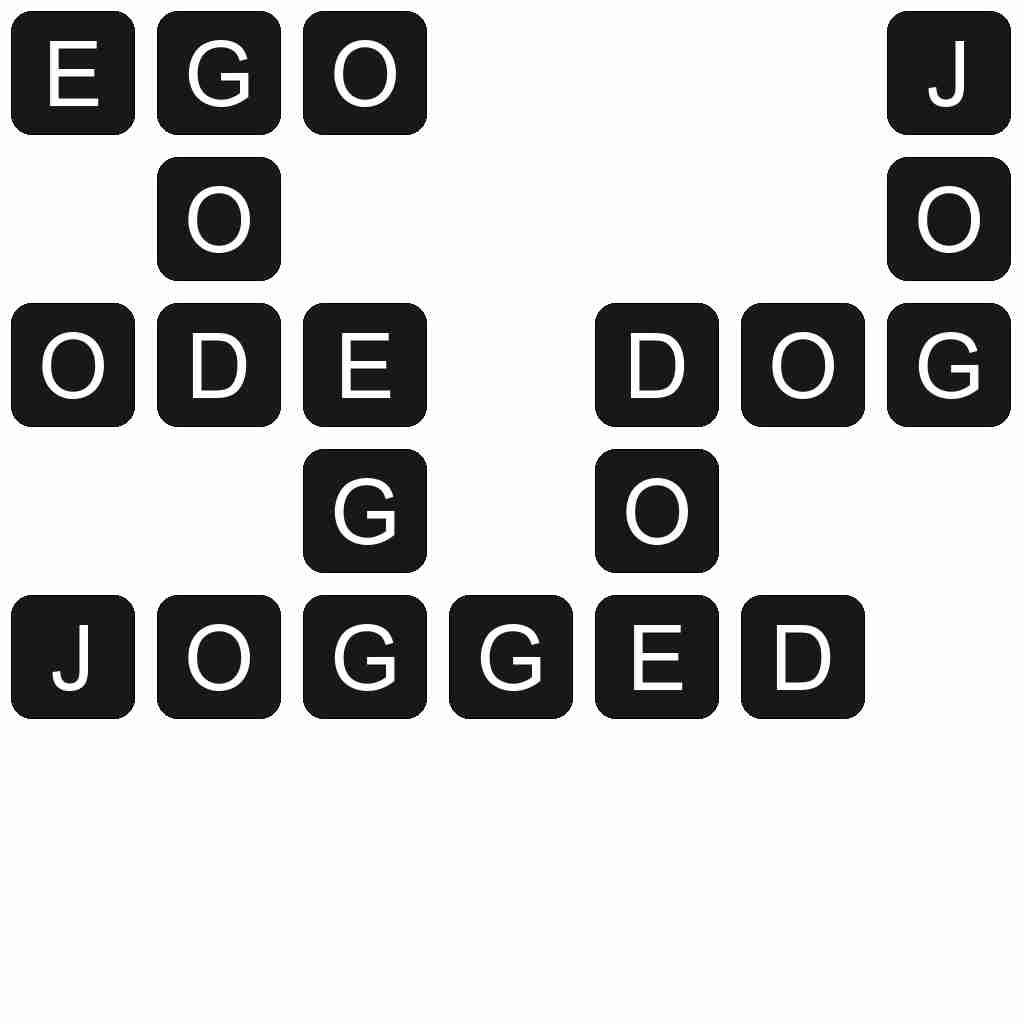 JOG - A form of exercise, slower than a run.

JOGGED - Simple past tense and past participle of jog.