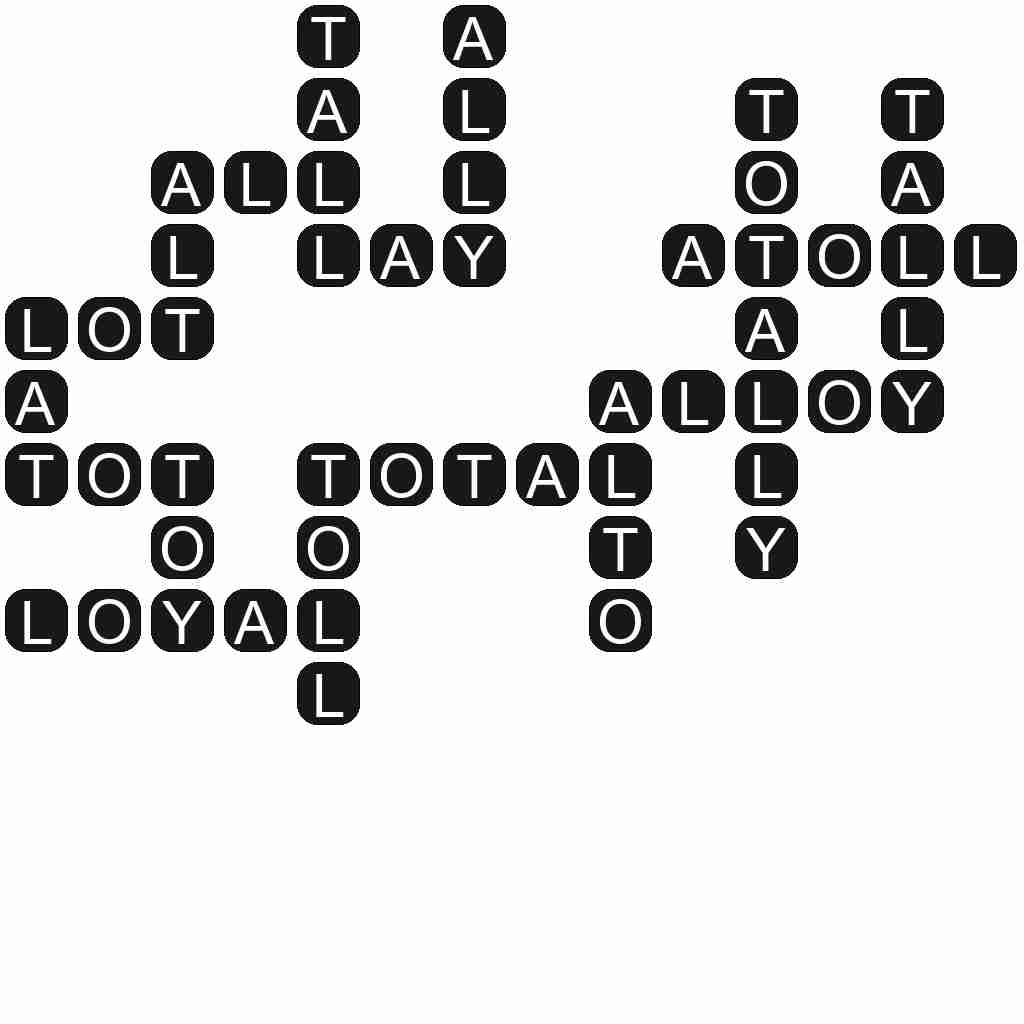 LOYAL - Firm in allegiance to a person or institution.

TOTAL - An amount obtained by the addition of smaller amounts.

ALLOY - A metal that is a combination of two or more elements, at least one of which is a metal.