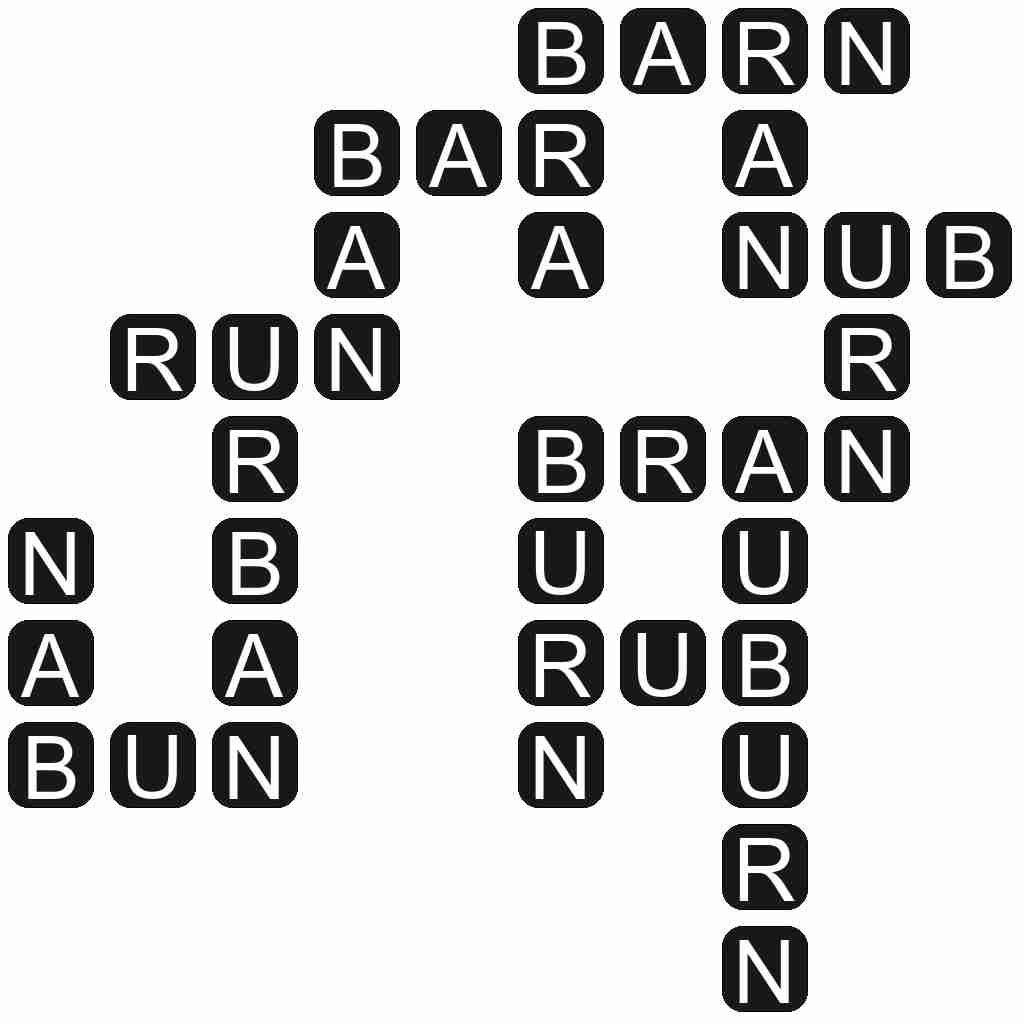 RUB - An act of rubbing.

NUB - The innermost section of a chrysalis in a silk cocoon.

BURN - A physical injury caused by heat or cold or electricity or radiation or caustic chemicals.

URBAN - Related to the (or any) city.