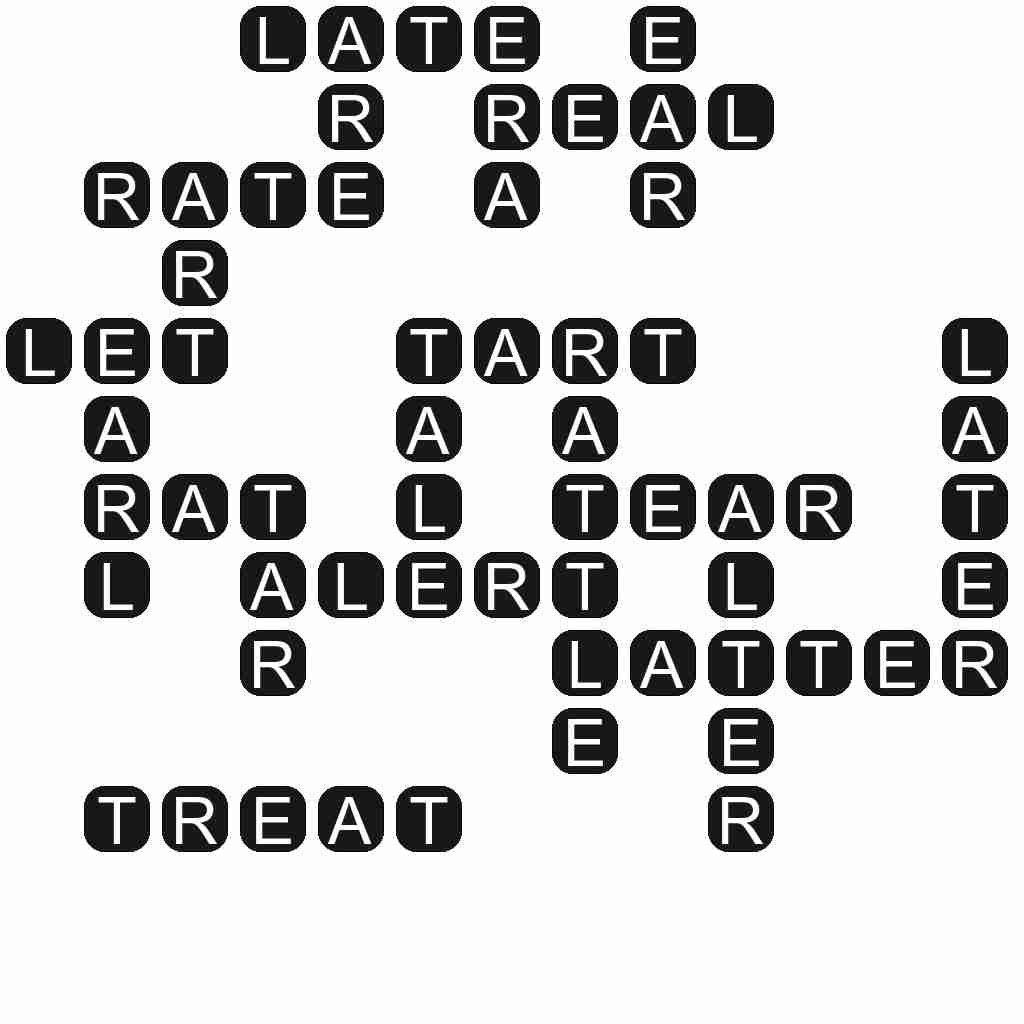 RATE - A wage calculated in relation to a unit of time.

TEAR - To rend (a solid material) by holding or restraining in two places and pulling apart, whether intentionally or not; to destroy or separate.

ALTER - To change the form or structure of.

TREAT - An entertainment, outing, or other indulgence provided by someone for the enjoyment of others.

LATTER - Relating to or being the second of two items.

RATTLE - A sound made by loose objects shaking or vibrating against one another.