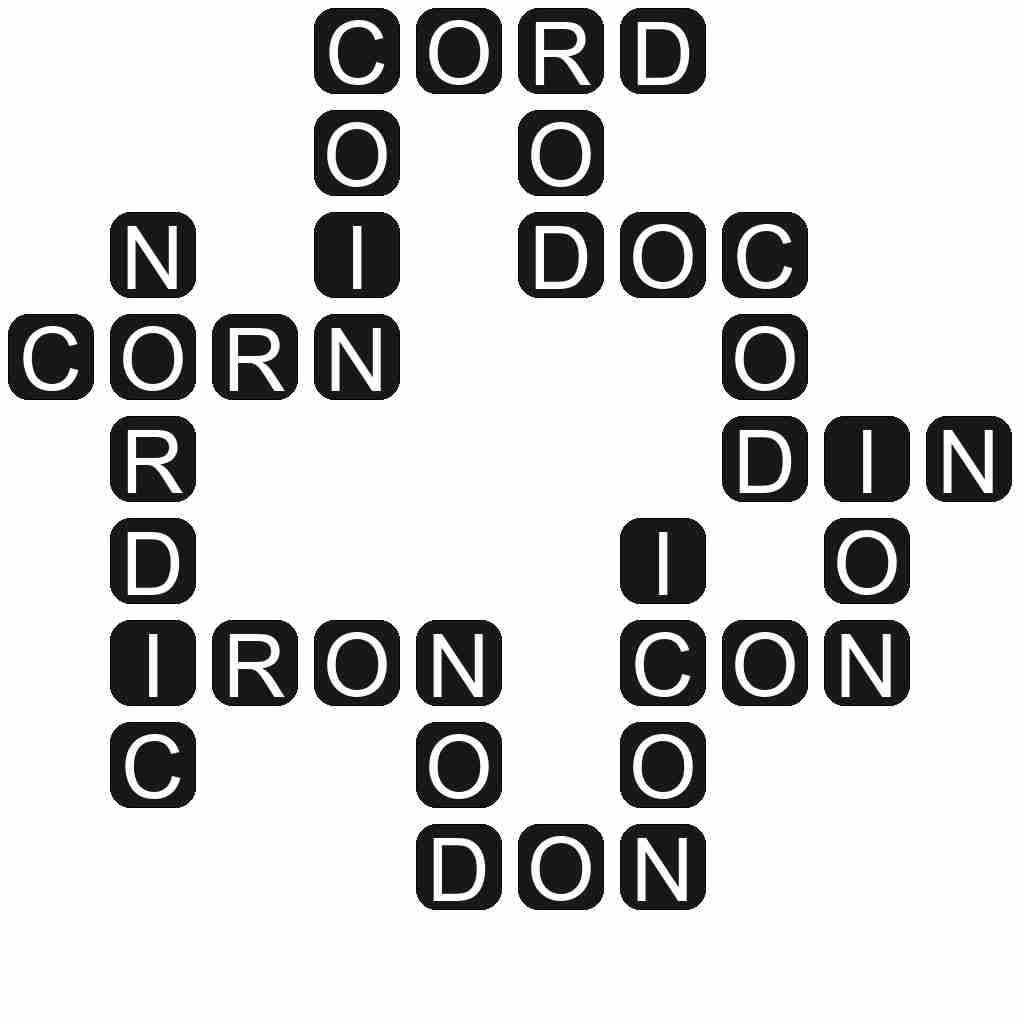 DIN - A loud noise; a cacophony or loud commotion.

NORDIC - Of or relating to cross-country skiing (Compare alpine).