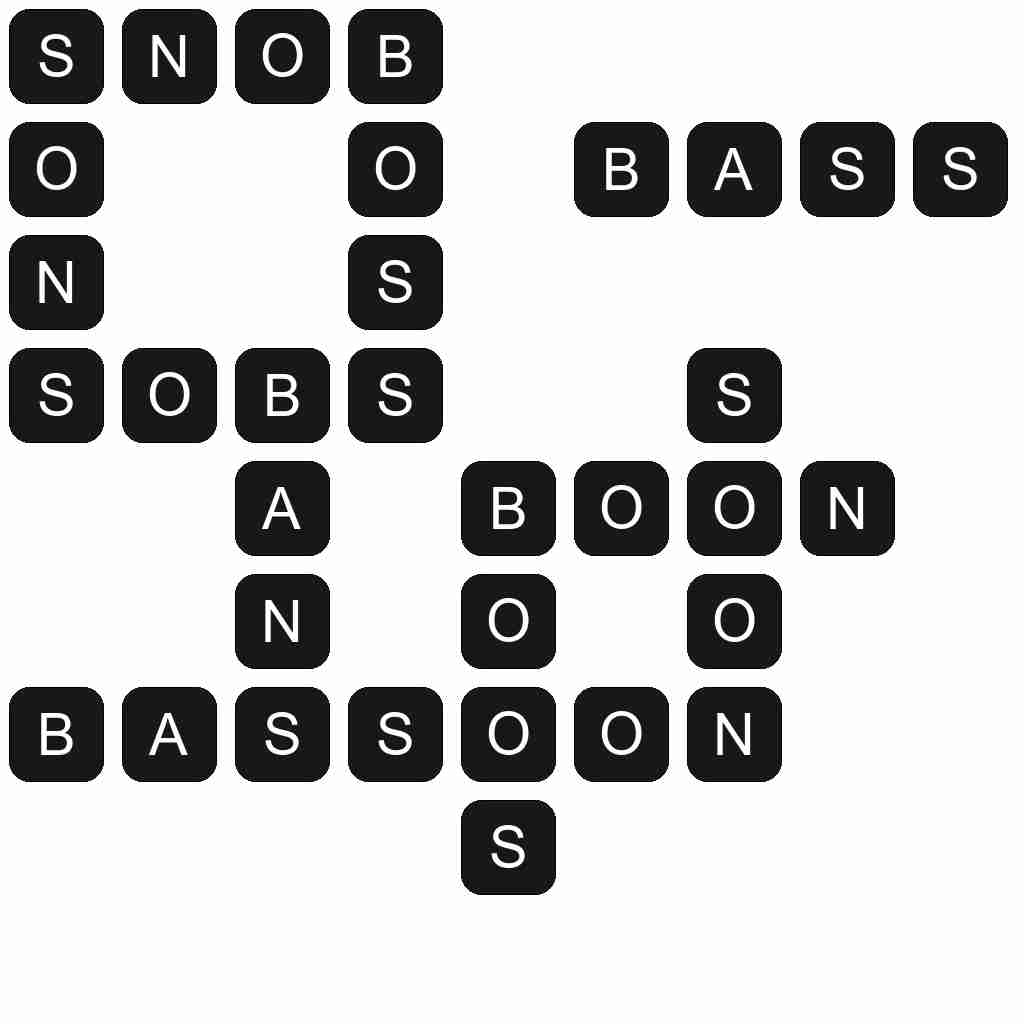 BASS - Of sound, a voice or an instrument, low in pitch or frequency.

BOSS - A swelling, lump or protuberance in an animal, person or object.

SOON - Occurring within a short time, or quickly.

SNOB - A person who seeks to be, or is, a member of the upper classes and looks down on lower classes, such as the middle class and the poor. More generally, an egotistical person who often thinks of people as inferior, particularly anyone not being within their clique or class.

BASSOON - A musical instrument in the woodwind family, having a double reed and, playing in the tenor and bass ranges.