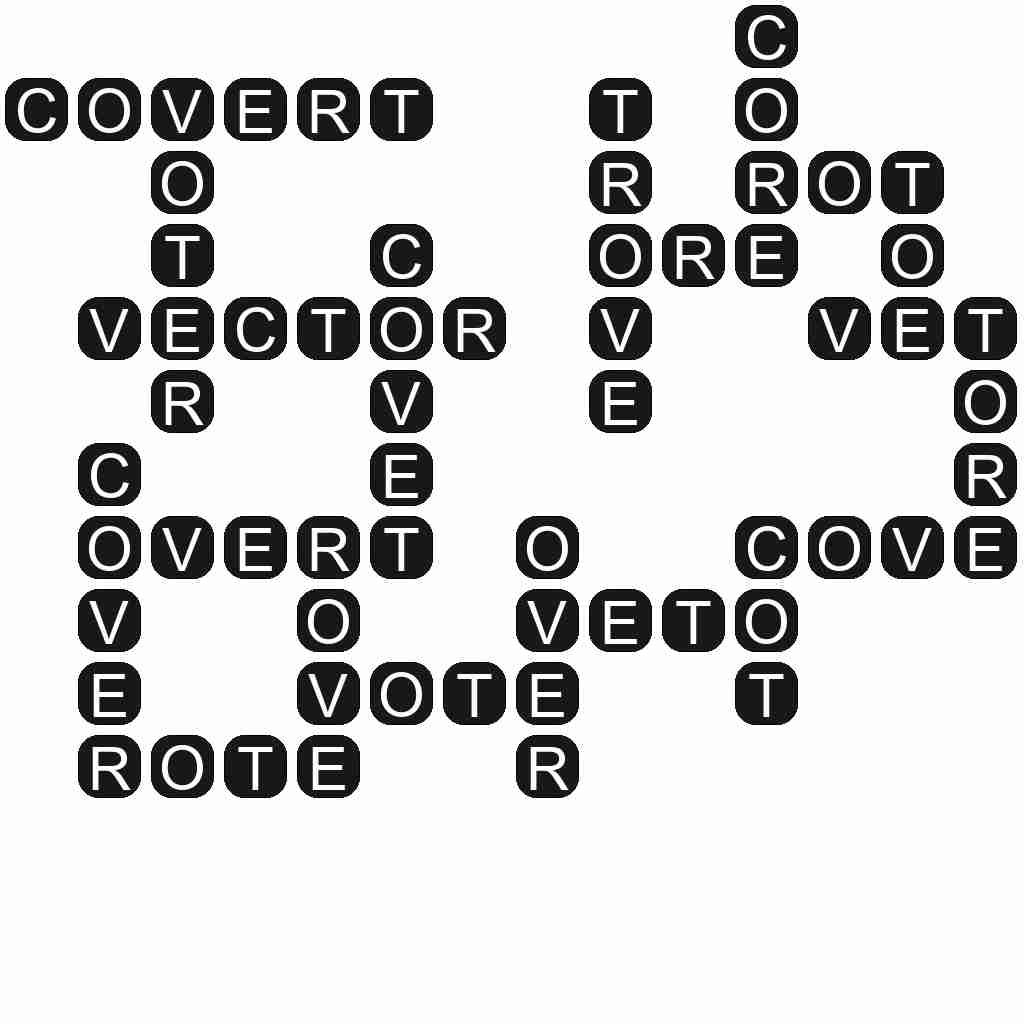 VOTER - Someone who votes.

COVET - To wish for with eagerness; to desire possession of, often enviously.

OVERT - Open and not secret nor concealed.

TROVE - A treasure trove; a collection of treasure.

VECTOR - A directed quantity, one with both magnitude and direction; the signed difference between two points.