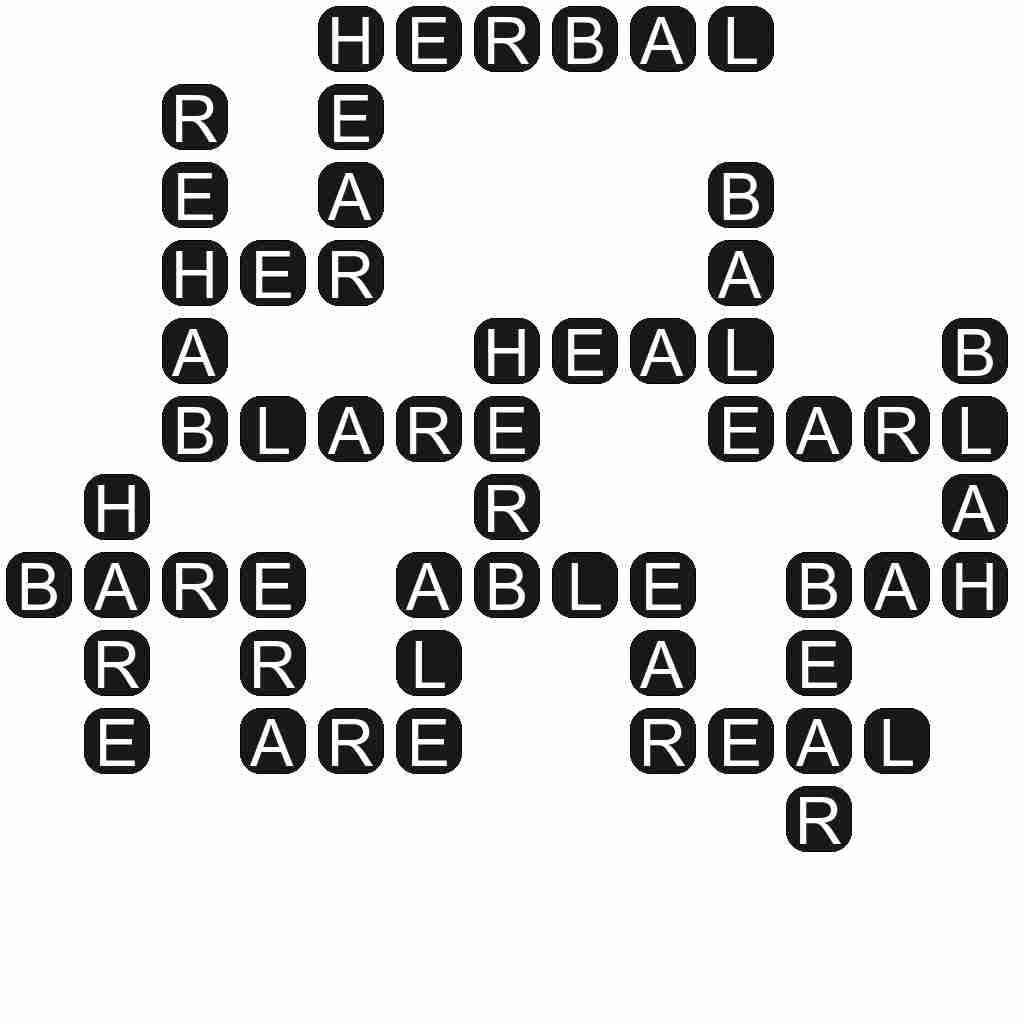 HERBAL - Made from or with herbs.