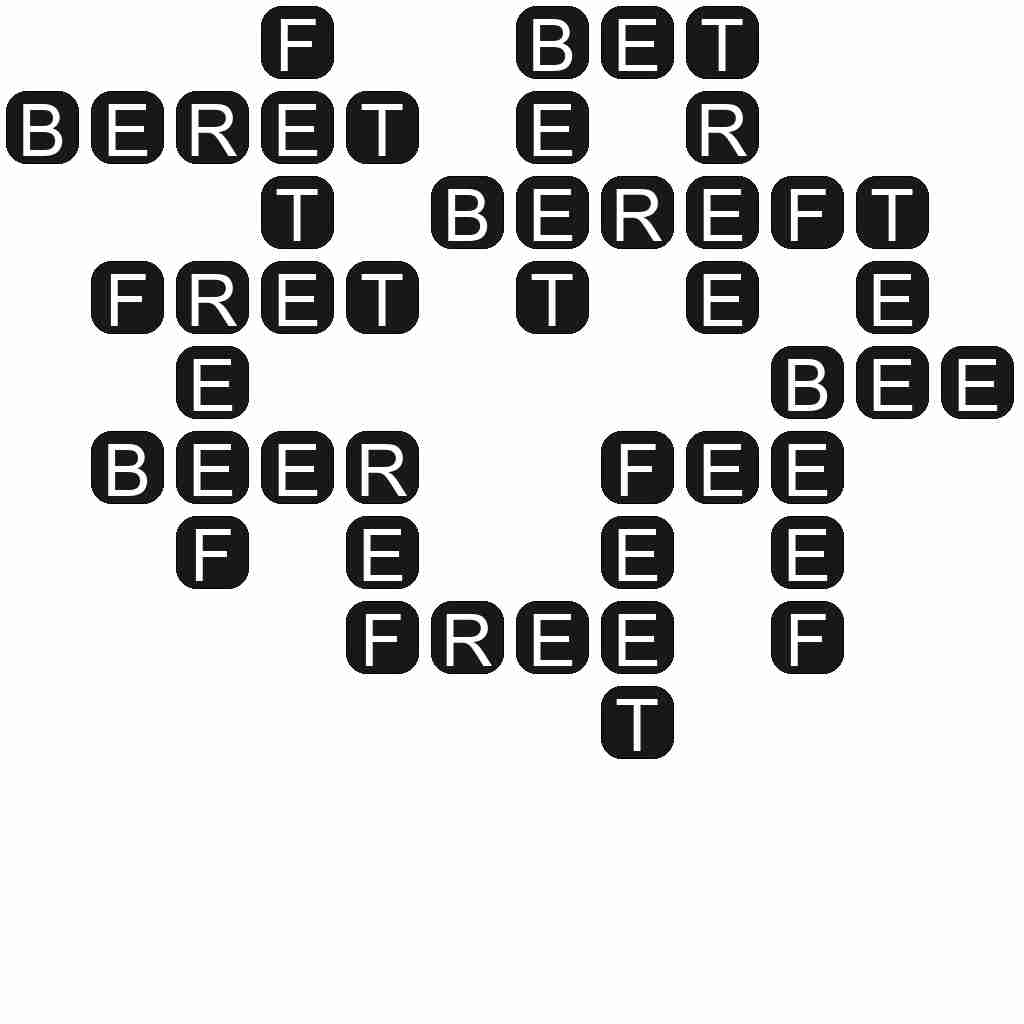 FREE - Not imprisoned or enslaved.

FRET - A fog or mist at sea or coming inland from the sea.

FETE - A festival open to the public, the proceeds from which are often given to charity.

BERET - A type of round, brimless cap with a soft top and a headband to secure it to the head; usually culturally associated with France.

BEREFT - Simple past tense and past participle of bereave.