Home » Wordscapes answers for all levels » 1643 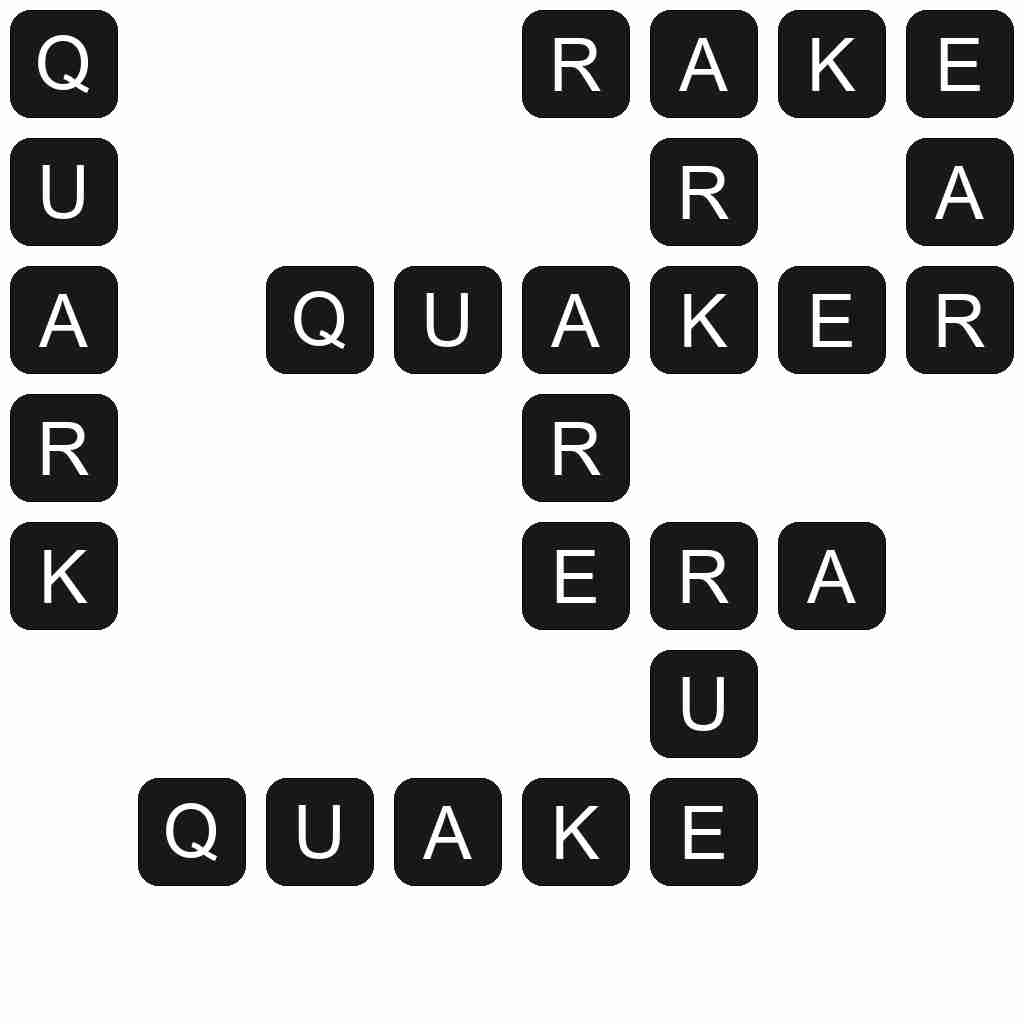 QUAKE - A trembling or shaking.

QUARK - In the Standard Model, an elementary subatomic particle which forms matter. Quarks are never found alone in nature and combine to form hadrons, such as protons and neutrons.

QUAKER - Someone or something that quakes.