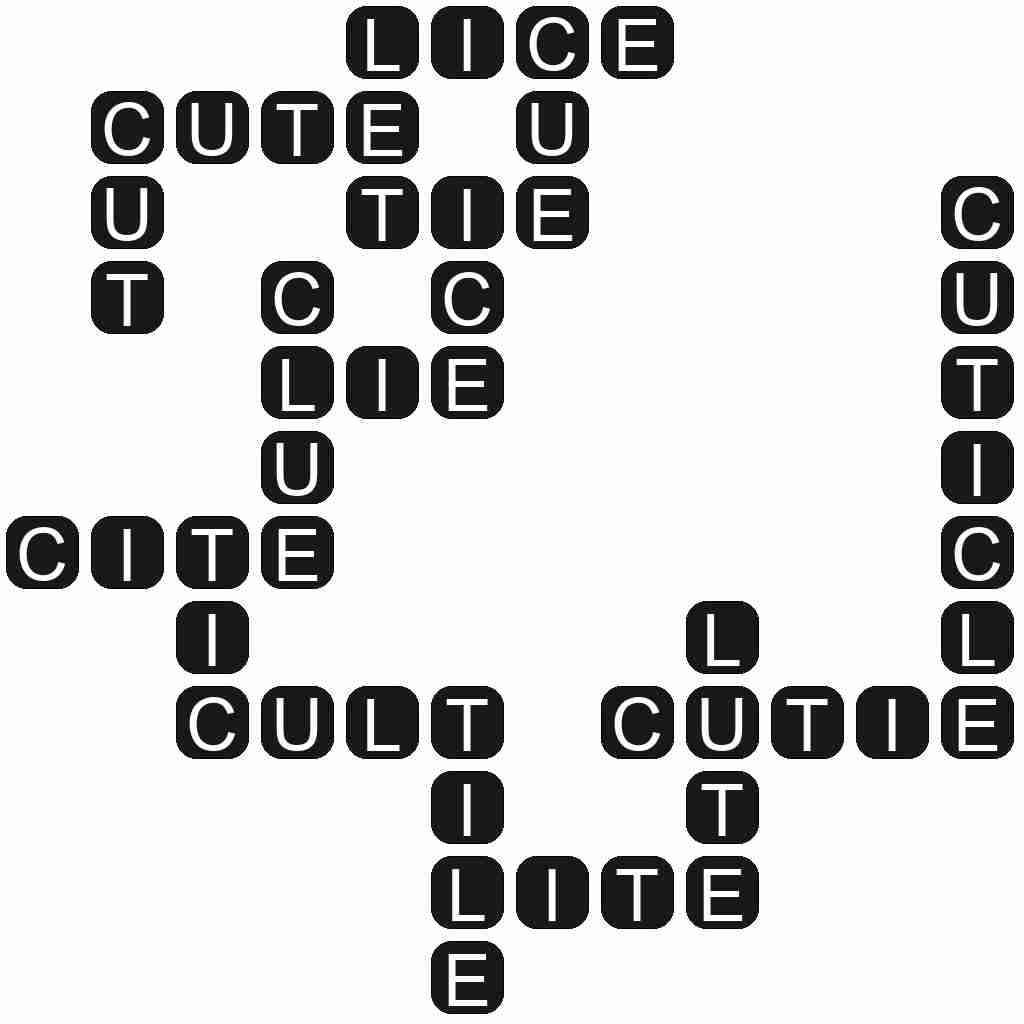 CUTIE - Term of endearment, typically used to refer to a cute person or animal.

CUTICLE - The outermost layer of the skin of vertebrates; the epidermis.