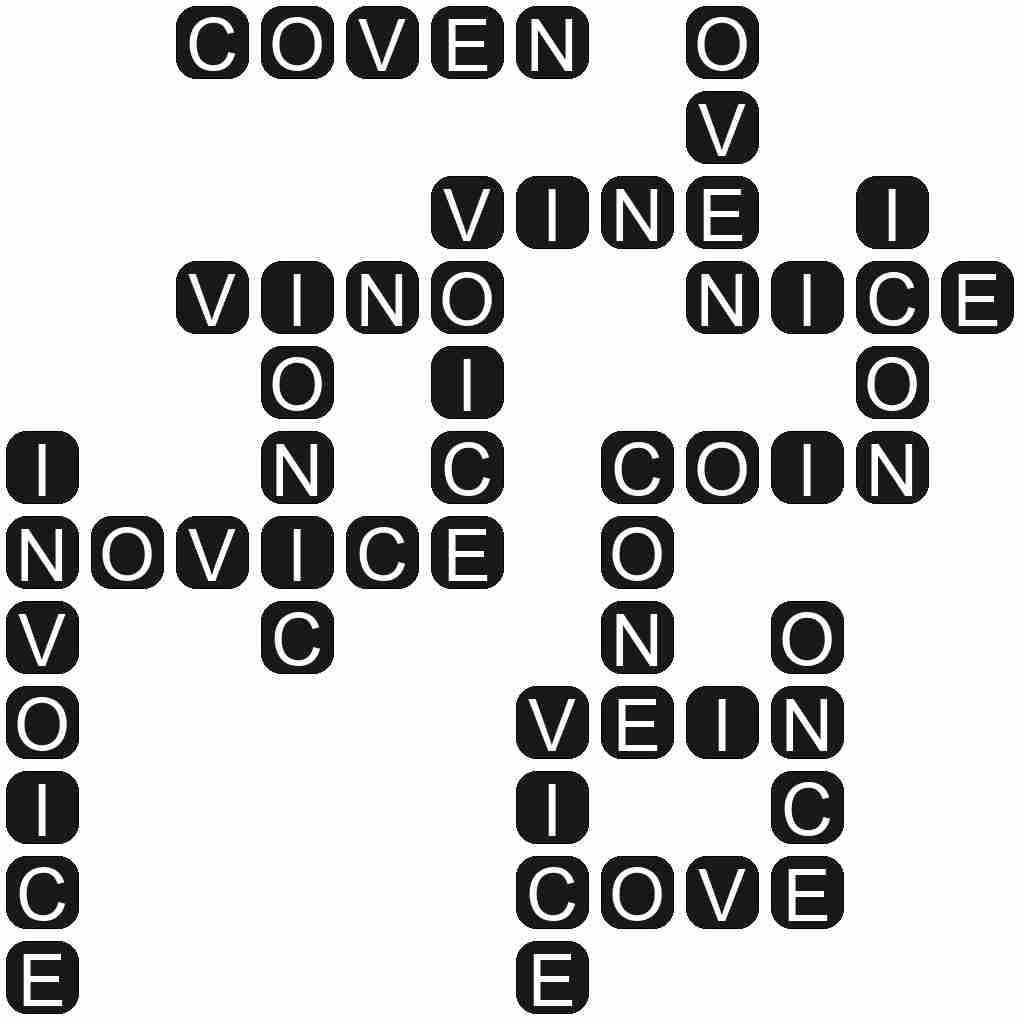 COVEN - A clique that shares common interests or activities.

INVOICE - A bill; a commercial document issued by a seller to a buyer indicating the products, quantities and agreed prices for products or services that the seller has already provided the buyer with. An invoice indicates that, unless paid in advance, payment is due by the buyer to the seller, according to the agreed terms.