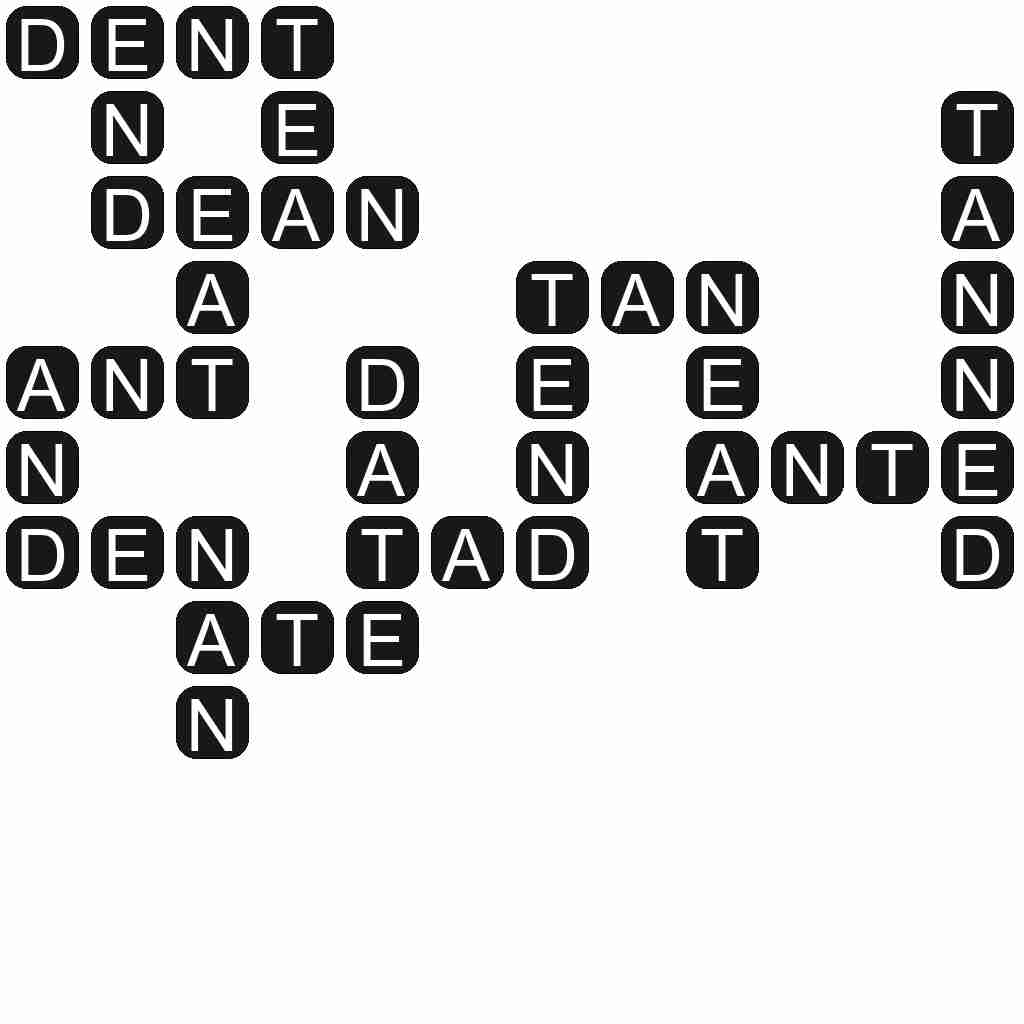 TANNED - Having a suntan.