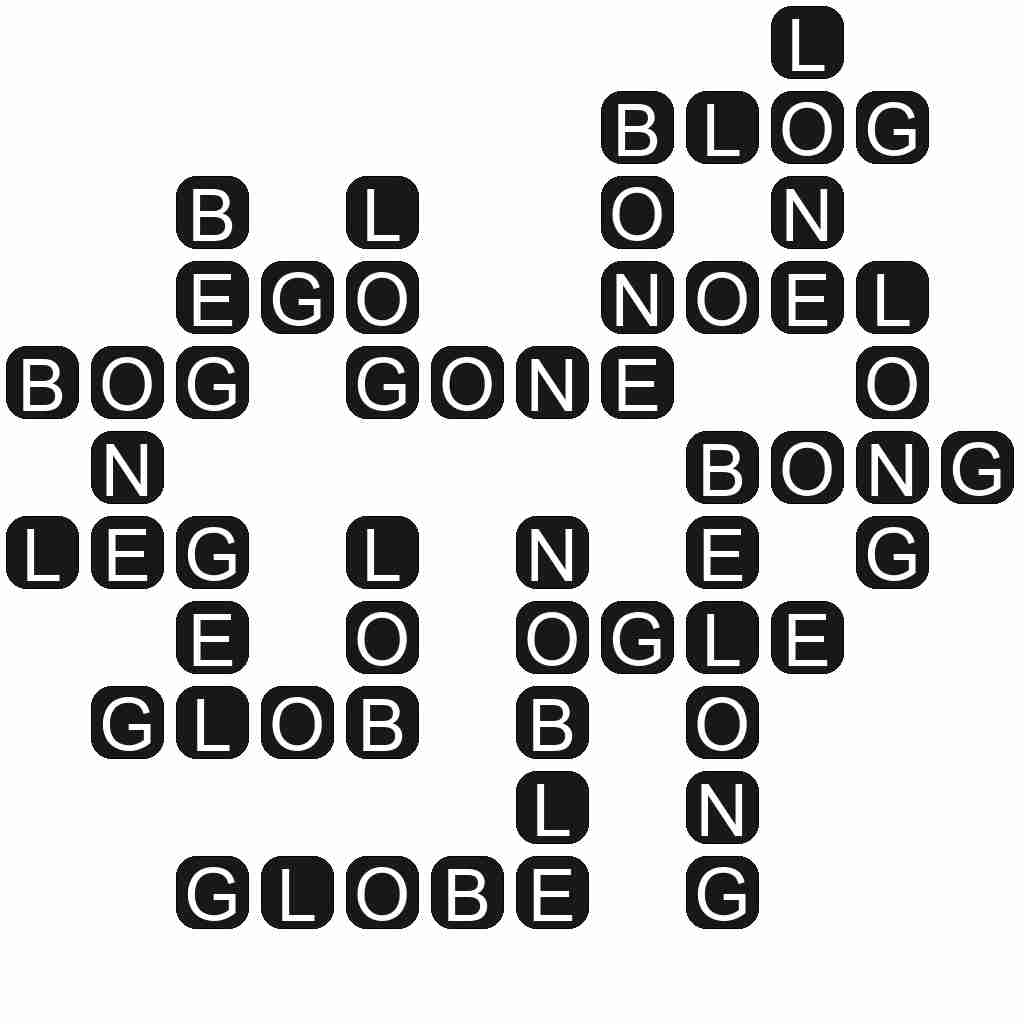 GONE - Past participle of go.

LONE - Solitary; having no companion.

BONG - A clang of a large bell.

NOBLE - Having honorable qualities; having moral eminence and freedom from anything petty, mean or dubious in conduct and character.

BELONG - To have its proper place.