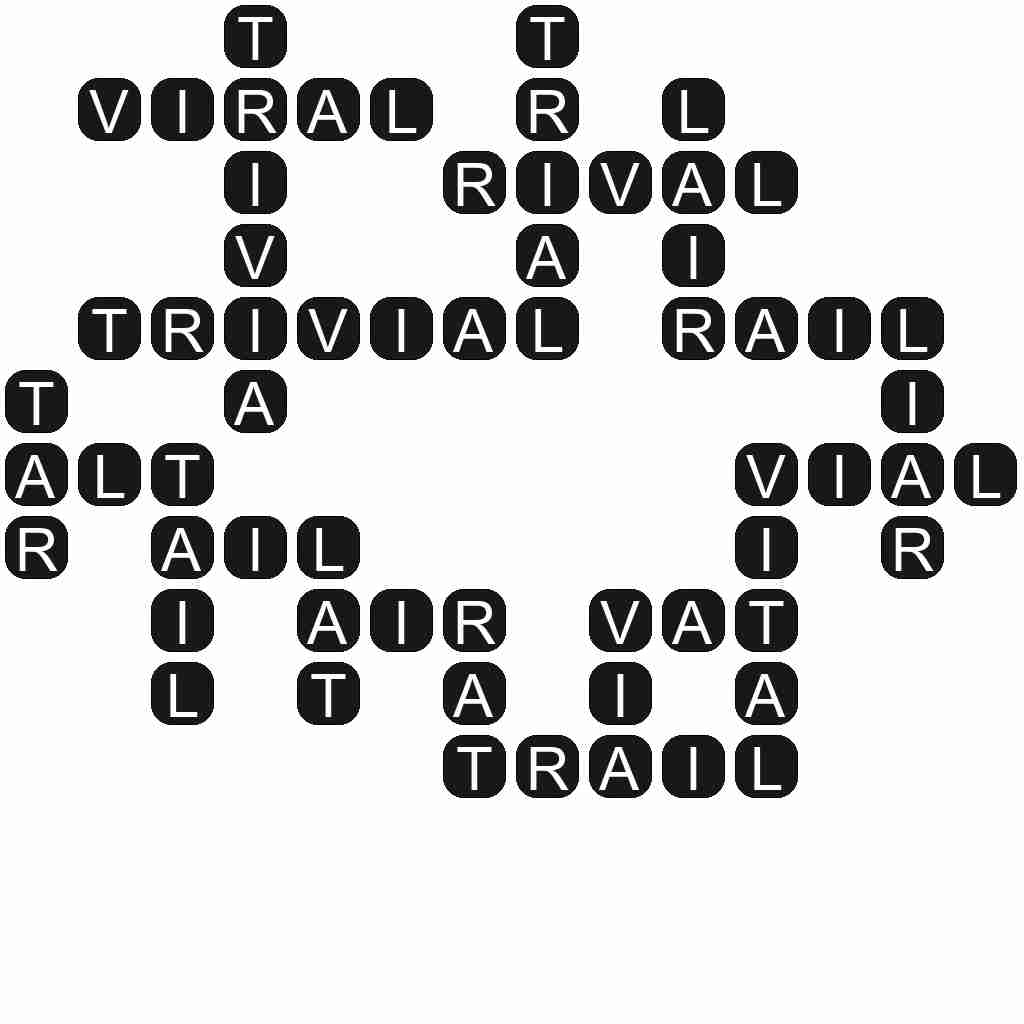 RIVAL - A competitor (person, team, company, etc.) who is well known to another and has similar skills and achievements. Defeating a rival may be a primary or necessary goal of a competitor.

TRIAL - An opportunity to test something out; a test.

VIRAL - Of or relating to a biological virus.

VITAL - Relating to, or characteristic of life.

TRIVIAL - Of little significance or value.