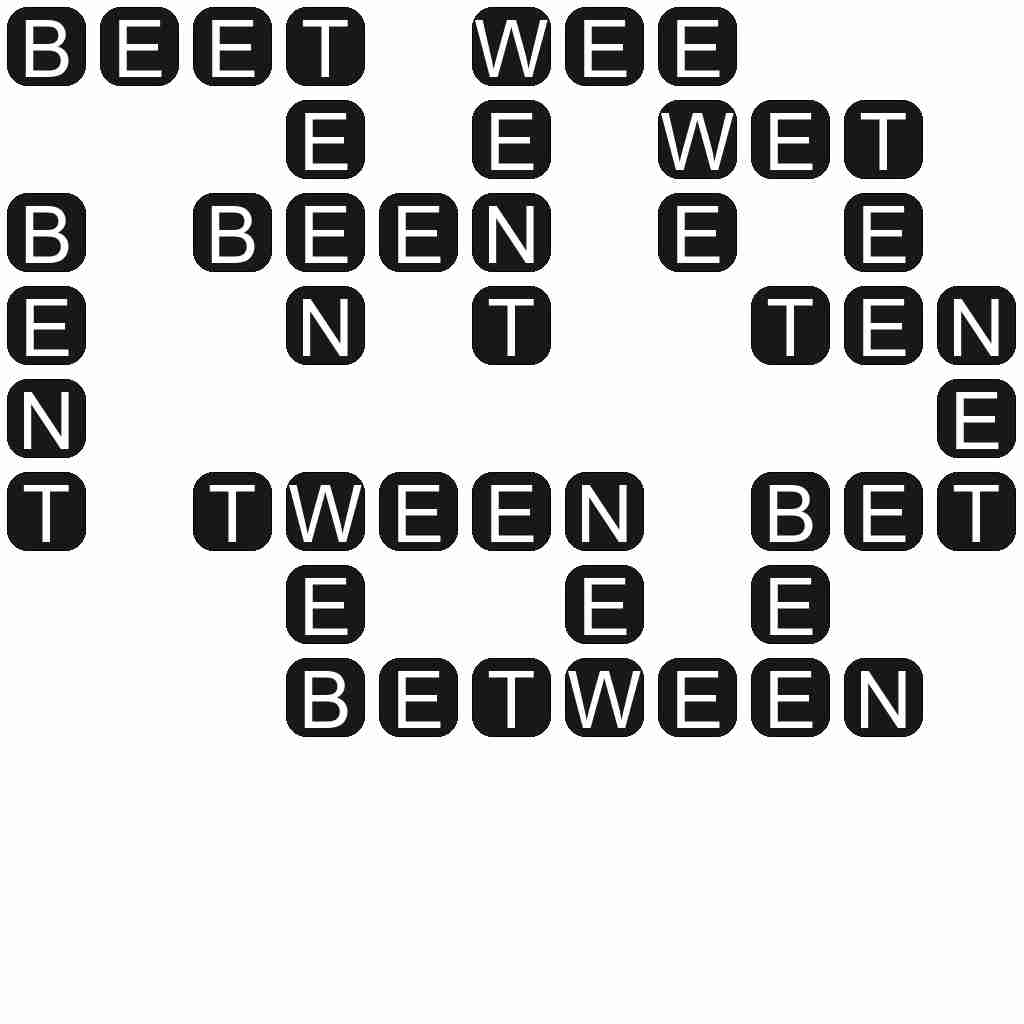 BEEN - Past participle of be.

BENT - Simple past tense and past participle of bend.

WENT - Simple past of go.

BETWEEN - In the position or interval that separates (two things), or intermediate in quantity or degree.