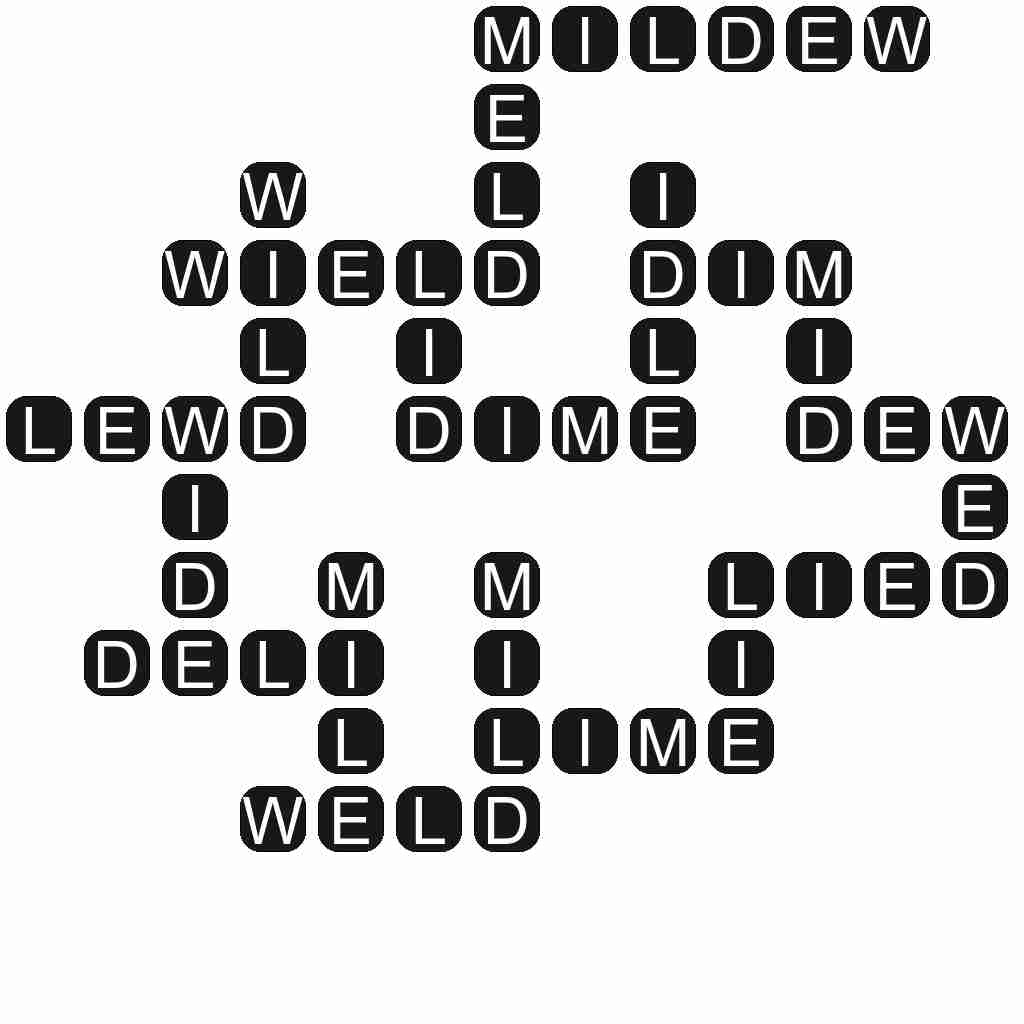 DIM - Not bright or colorful.

DIME - A coin worth one-tenth of a dollar. The physical coin is smaller than a penny.

MILD - Gentle and not easily provoked:.

MILDEW - A growth of minute powdery or webby fungi, whitish or of different colors, found on various diseased or decaying substances.