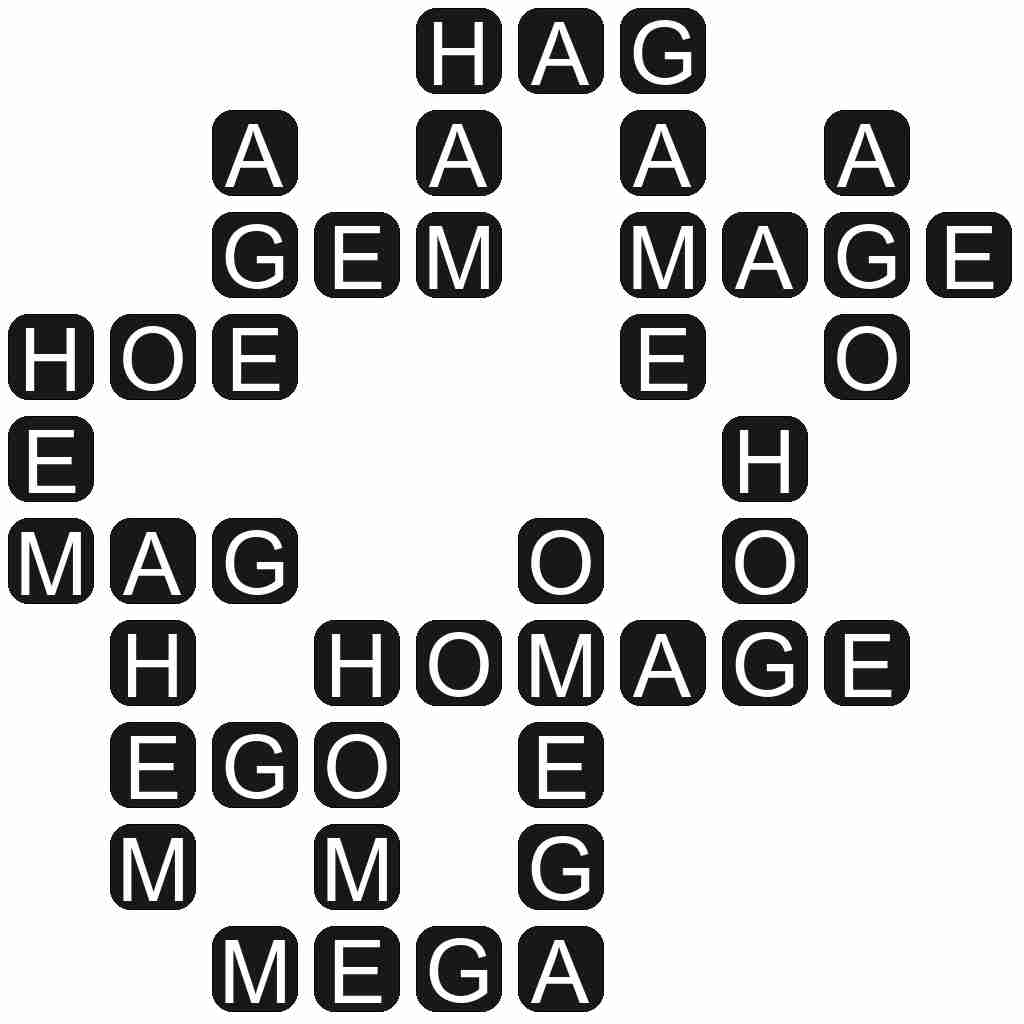 AGO - Gone; gone by; gone away; passed; passed away.

GEM - A precious stone, usually of substantial monetary value or prized for its beauty or shine.

MAG - Magazine, the publication or ammunition.

GAME - A pursuit or activity with rules performed either alone or with others, for the purpose of entertainment. In many games, the objective is to win by defeating the other player or players or being the first to reach a specified goal, while in others, role-playing or cooperation is emphasized.

MAGE - A magician, wizard or sorcerer.

HOMAGE - In feudalism, the formal oath of a vassal to honor his or her lord's rights.