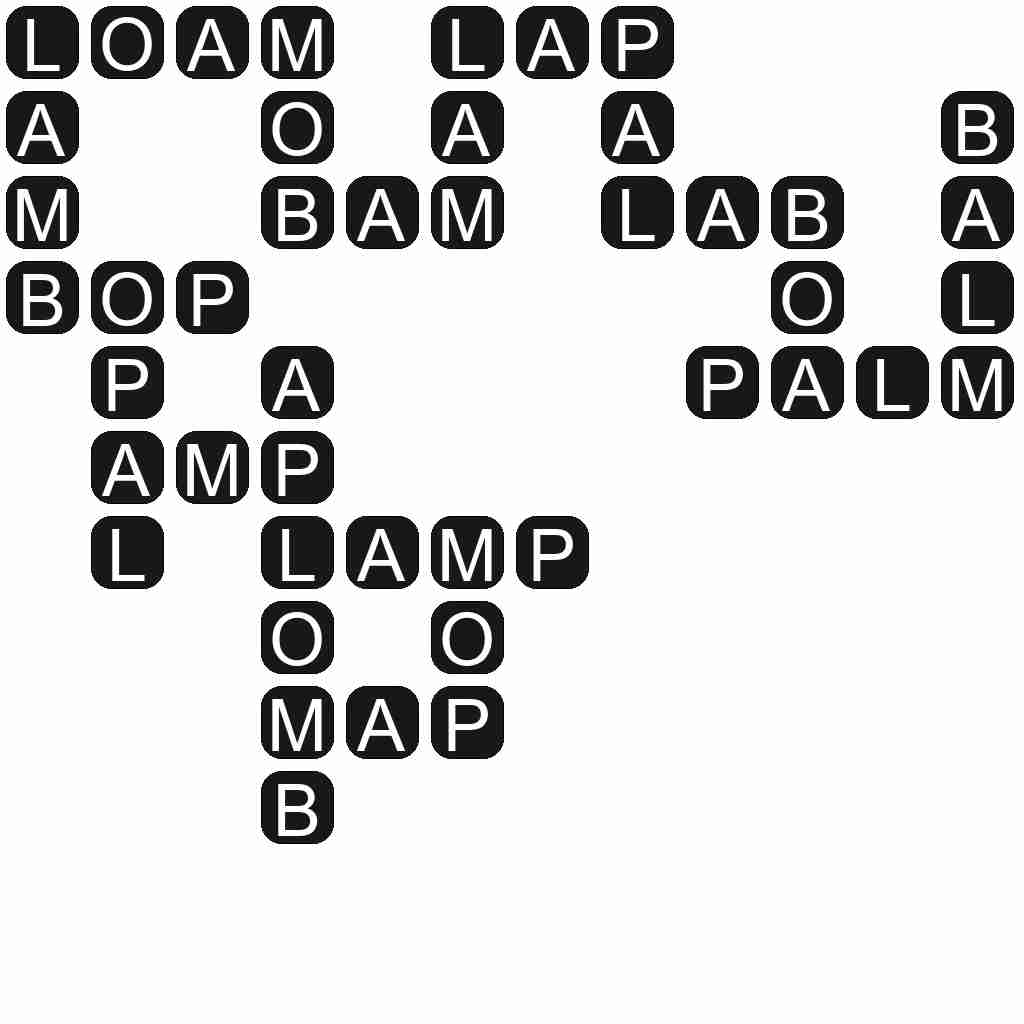 BALM - Any of various aromatic resins exuded from certain plants, especially trees of the genus Commiphora of Africa, Arabia and India and Myroxylon of South America.

LAMB - A young sheep, of up to one year of age.

LAMP - A device that generates heat, light or other radiation.

PALM - Any of various evergreen trees from the family Palmae or Arecaceae, which are mainly found in the tropics.

OPAL - A mineral consisting, like quartz, of silica, but inferior to quartz in hardness and specific gravity, of the chemical formula SiO2·nH2O.