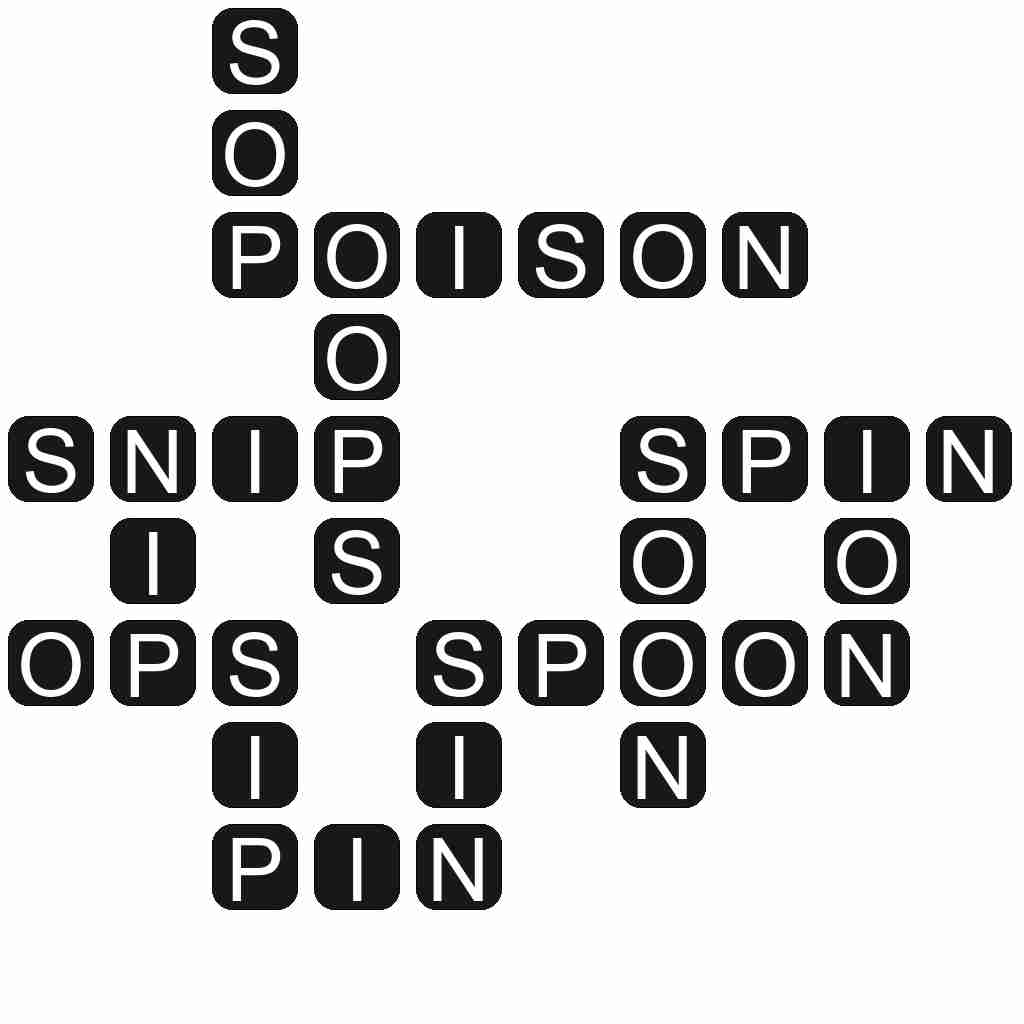 SIN - A violation of God's will or religious law.

SIP - A small mouthful of drink.

SOON - Occurring within a short time, or quickly.

SPIN - To rotate, revolve, gyrate (usually quickly); to partially or completely rotate to face another direction.

SNIP - To cut with short sharp actions, as with scissors.

SPOON - An implement for eating or serving; a scooped utensil whose long handle is straight, in contrast to a ladle.

POISON - A substance that is harmful or lethal to a living organism.