The words included in this word game are:
ACE, EVE, ICE, VIA, CHI, VIE, VAC, CAVE, EACH, HAVE, ACHE, HIVE, CHIVE, HEAVE, ACHIEVE. 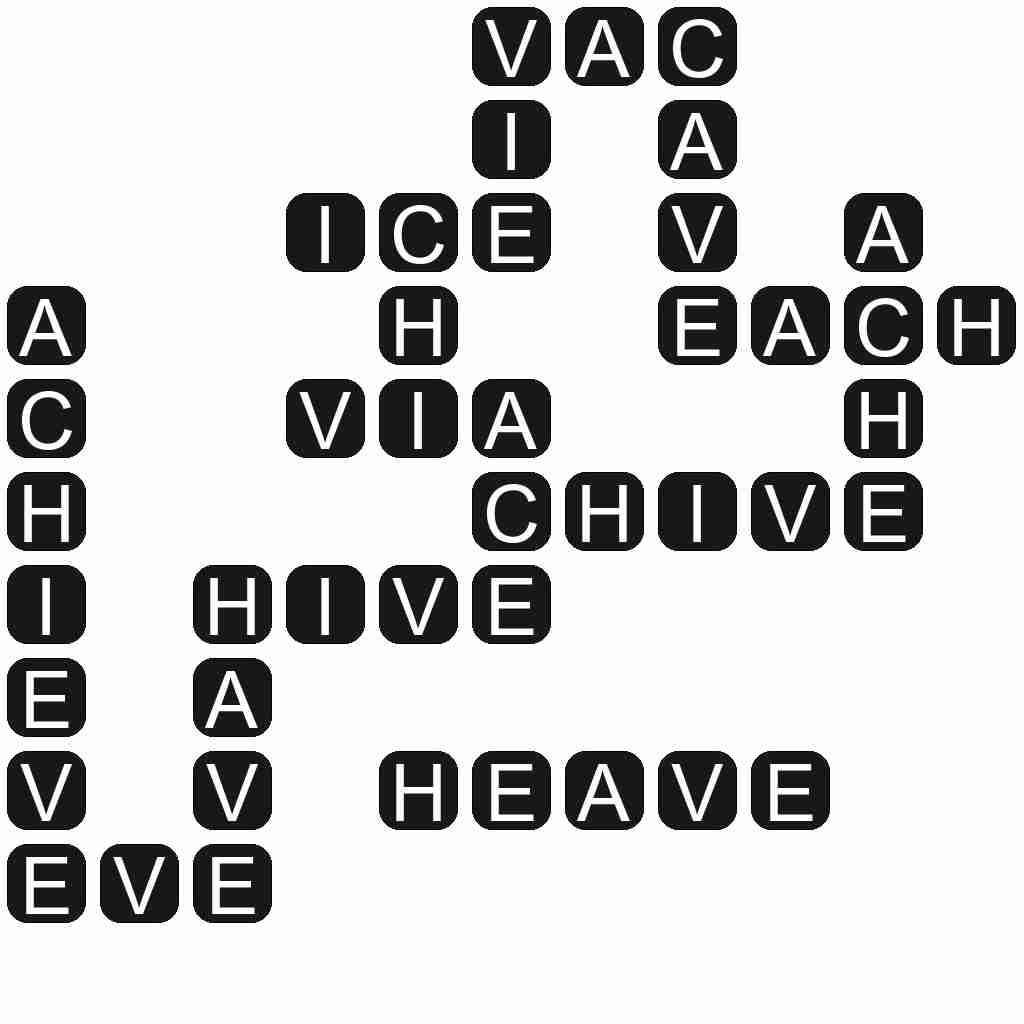 CAVE - A large, naturally-occurring cavity formed underground, or in the face of a cliff or a hillside.

HIVE - A structure for housing a swarm of honeybees.

CHIVE - A plant that is perennial (Allium schoenoprasum), related to the onion.

HEAVE - To lift (generally); to raise, or cause to move upwards (particularly in ships or vehicles) or forwards.

ACHIEVE - To obtain (a material thing).