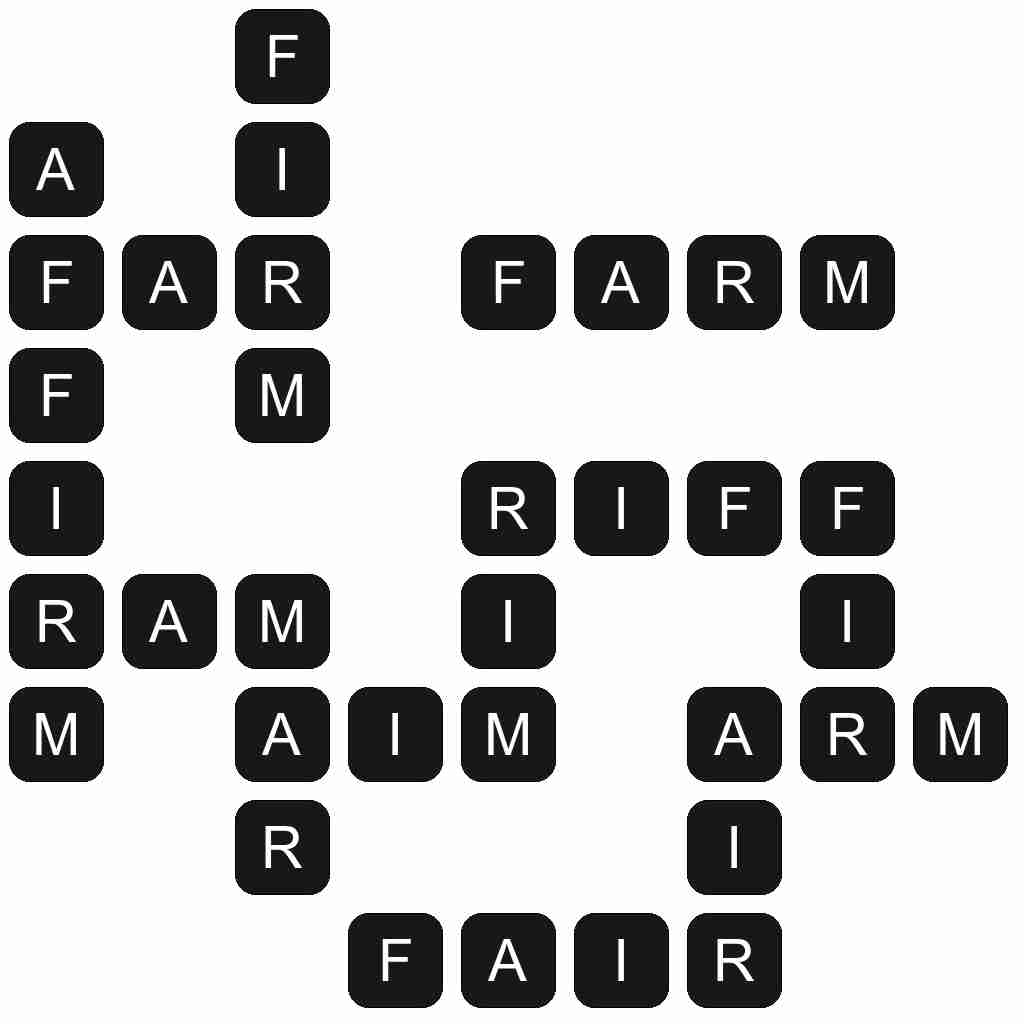 FIR - A conifer of the genus Abies.

FIRM - A business partnership; the name under which it trades.

AFFIRM - To agree, verify or concur; to answer positively.