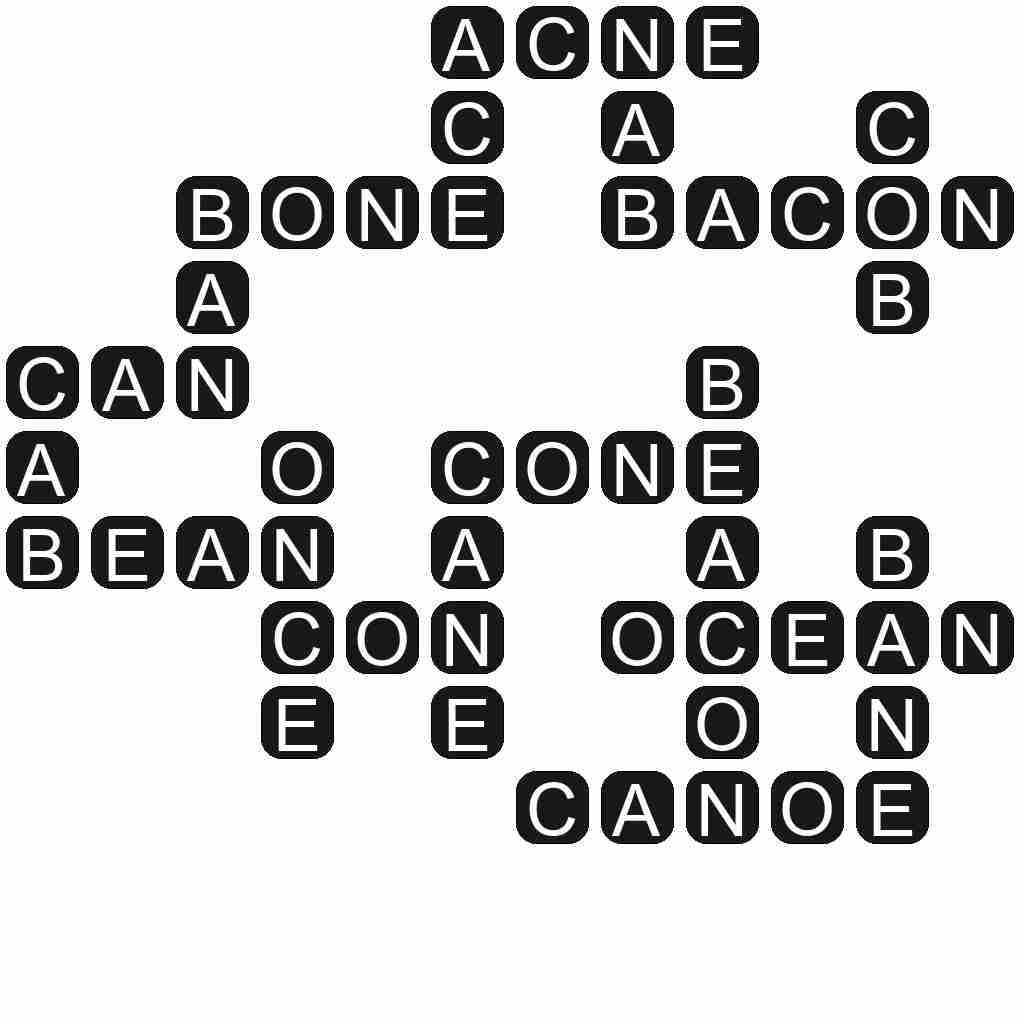 BACON - Cured meat from the sides, belly, or back of a pig.

OCEAN - One of the five large bodies of water separating the continents.

CANOE - A small long and narrow boat, propelled by one or more people (depending on the size of canoe), using single-bladed paddles. The paddlers face in the direction of travel, in either a seated position, or kneeling on the bottom of the boat. Canoes are open on top, and pointed at both ends.

BEACON - A signal fire to notify of the approach of an enemy, or to give any notice, commonly of warning or guiding.