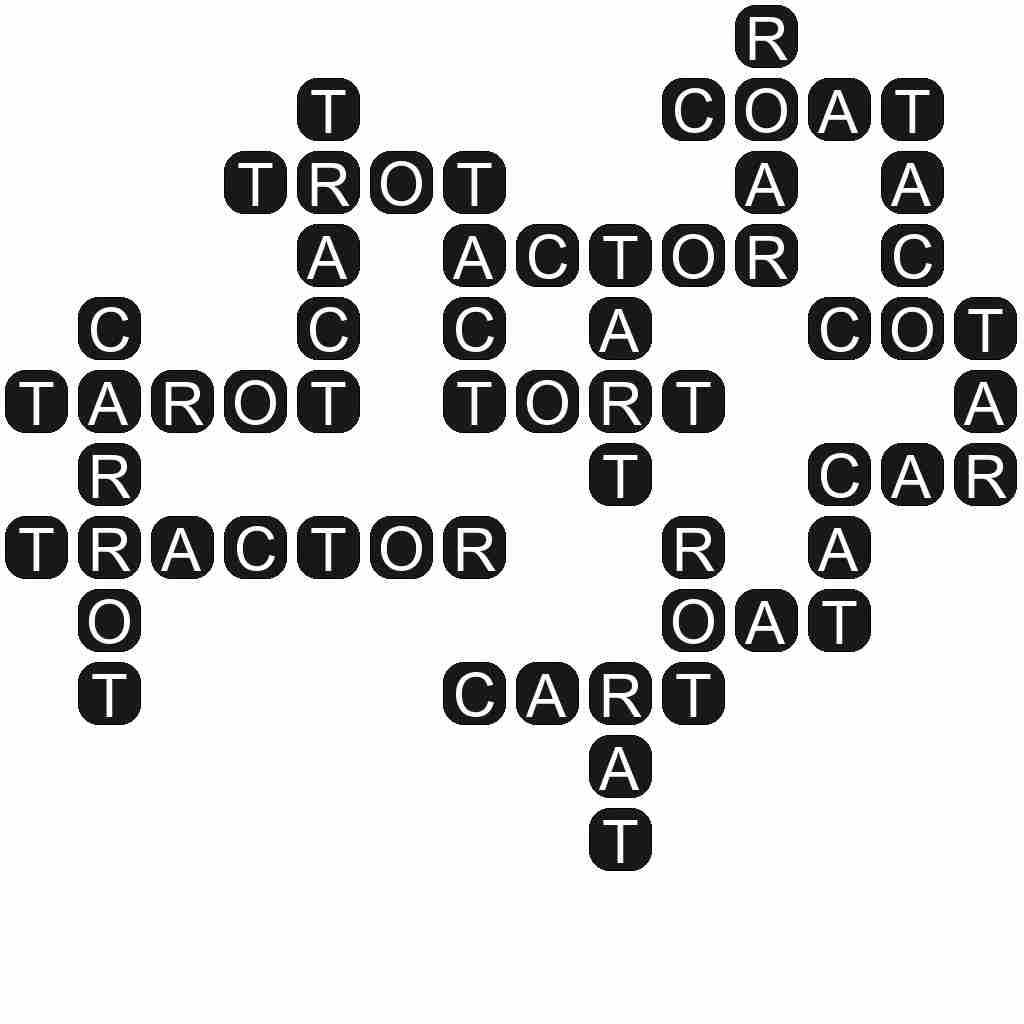 TROT - A gait of a four-legged animal between walk and canter, a diagonal gait (in which diagonally opposite pairs of legs move together).

ACTOR - A person who performs in a theatrical play or film.

TRACT - An area or expanse of land.

CARROT - A vegetable with a nutritious, juicy, orange, sweet root, Daucus carota in the family Apiaceae.

TRACTOR - A vehicle used in farms e.g. for pulling farm equipment and preparing the fields.