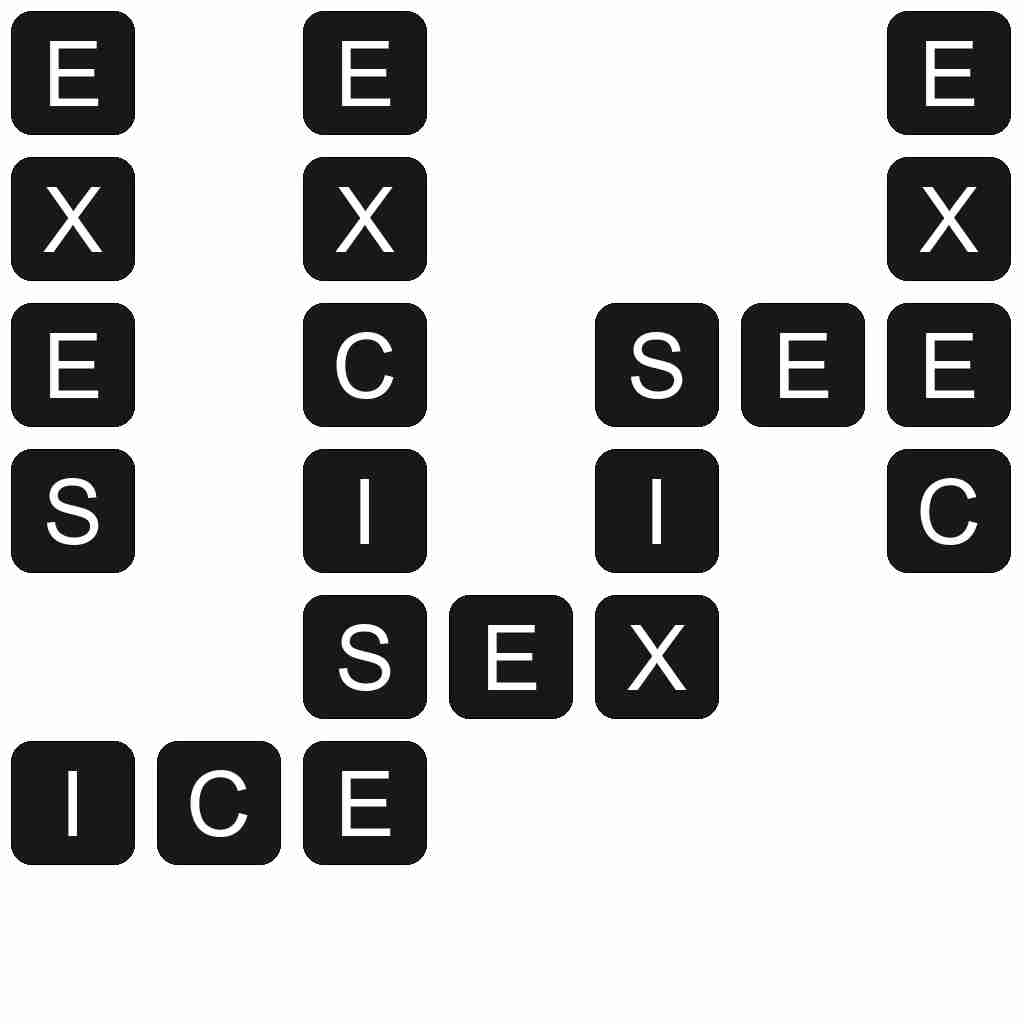 SEE - To perceive or detect with the eyes, or as if by sight.

SIX - A numerical value equal to 6; the number occurring after five and before seven.

SEX - Either of two main divisions (either female or male) into which many organisms can be placed, according to reproductive function or organs.