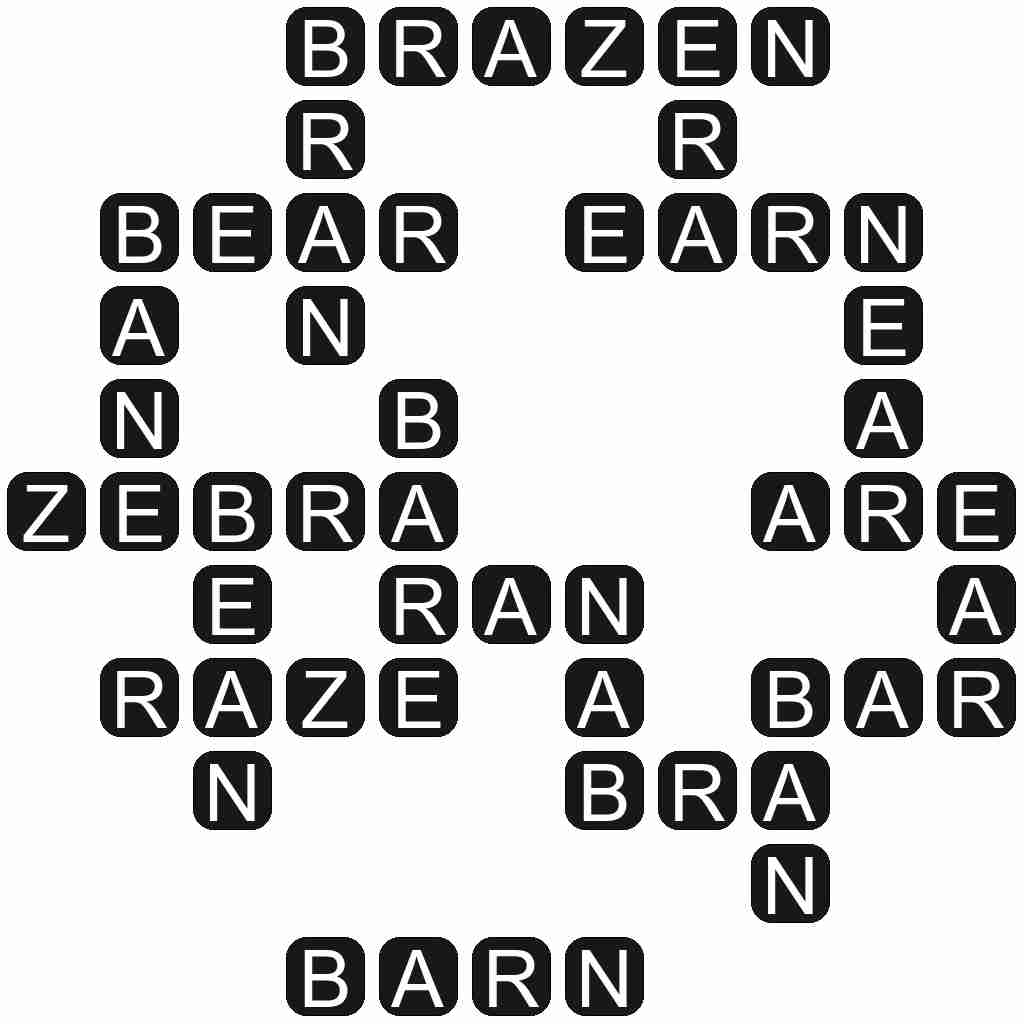 RAZE - To demolish; to level to the ground.

ZEBRA - An African animal, closely related to a horse, with black and white stripes.

BRAZEN - Pertaining to, made of, or resembling brass (in color or strength).