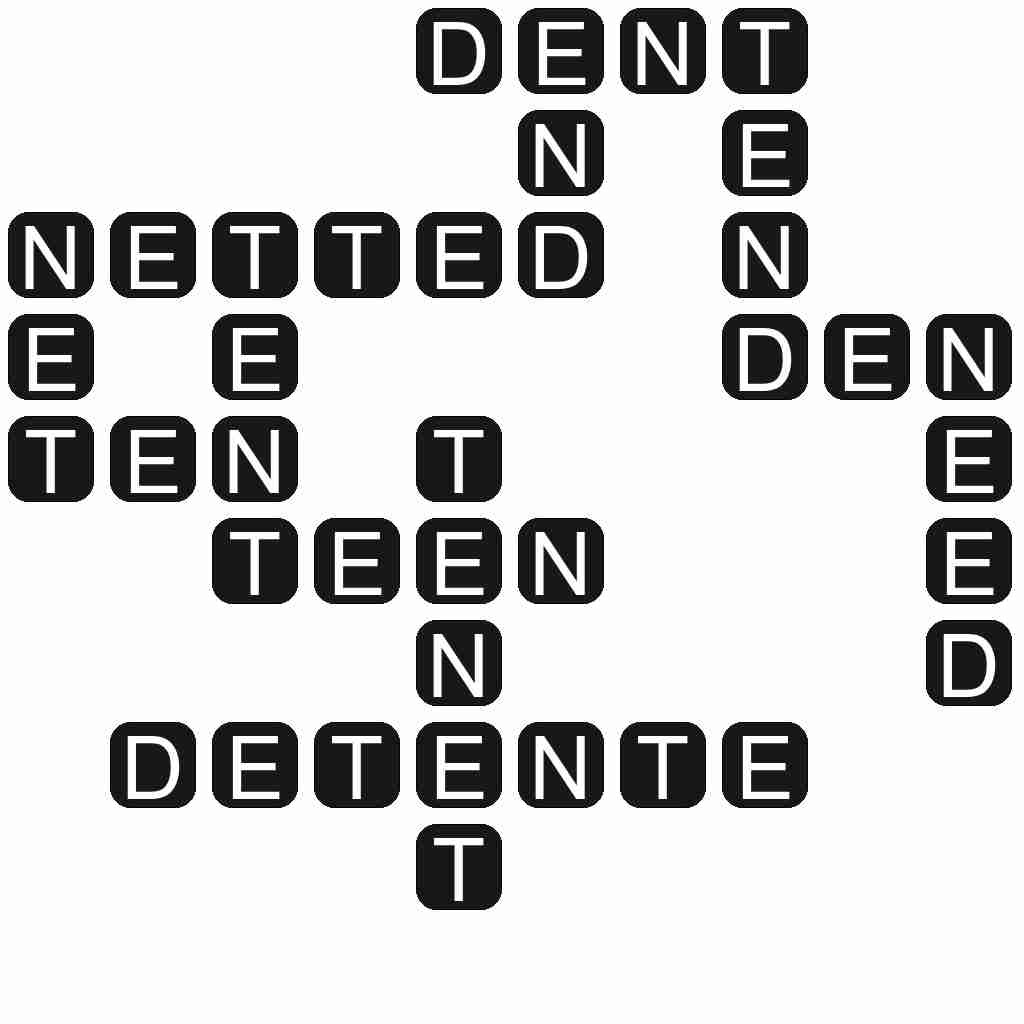 NEED - A requirement for something.

TENET - An opinion, belief, or principle held to be true by someone or especially an organization.

NETTED - Simple past tense and past participle of net.

DETENTE - A relaxing of tension between major powers, especially the particular thawing of relations between the Soviet Union and the United States following the Cold War.