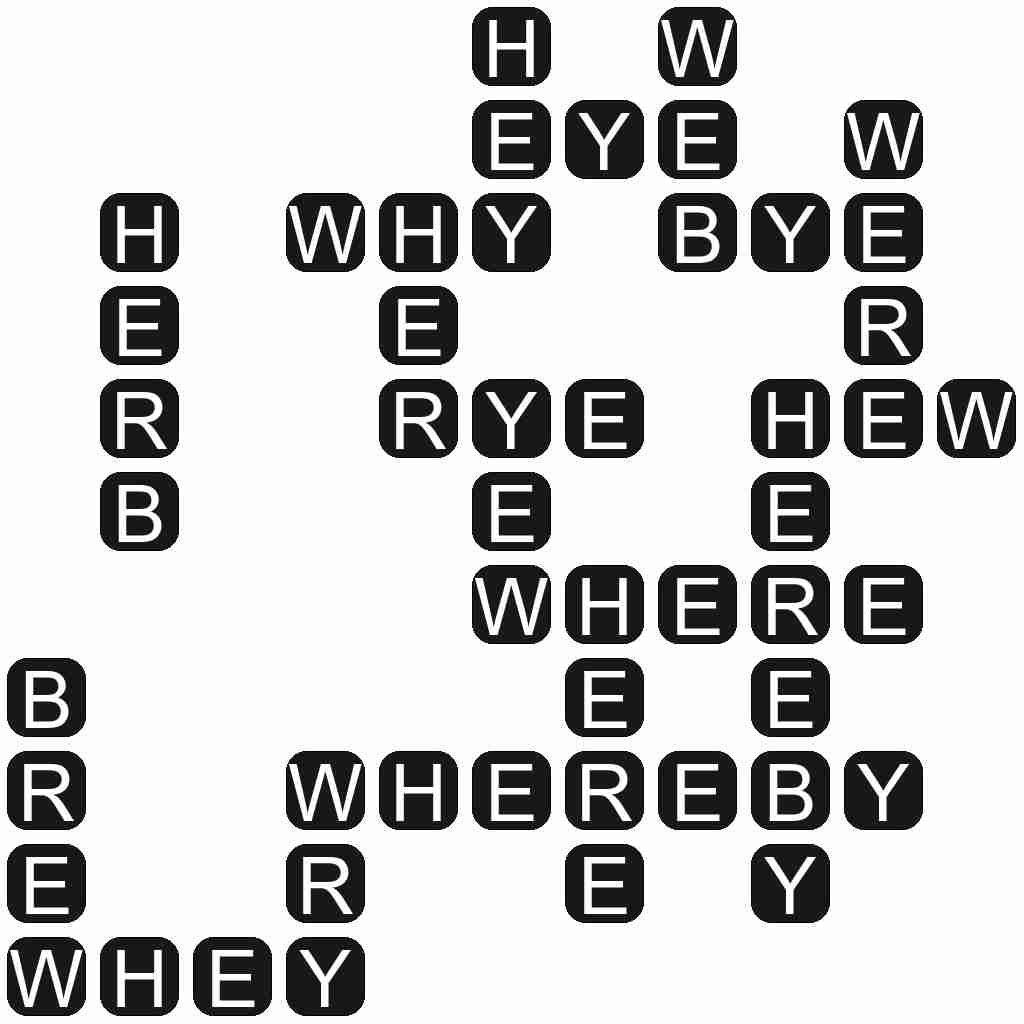 WHY - For what cause, reason, or purpose.

WHEY - The liquid remaining after milk has been curdled and strained in the process of making cheese.

WHERE - While on the contrary; although; whereas.

HEREBY - By this means, action or process.

WHEREBY - By what, in which direction; how.