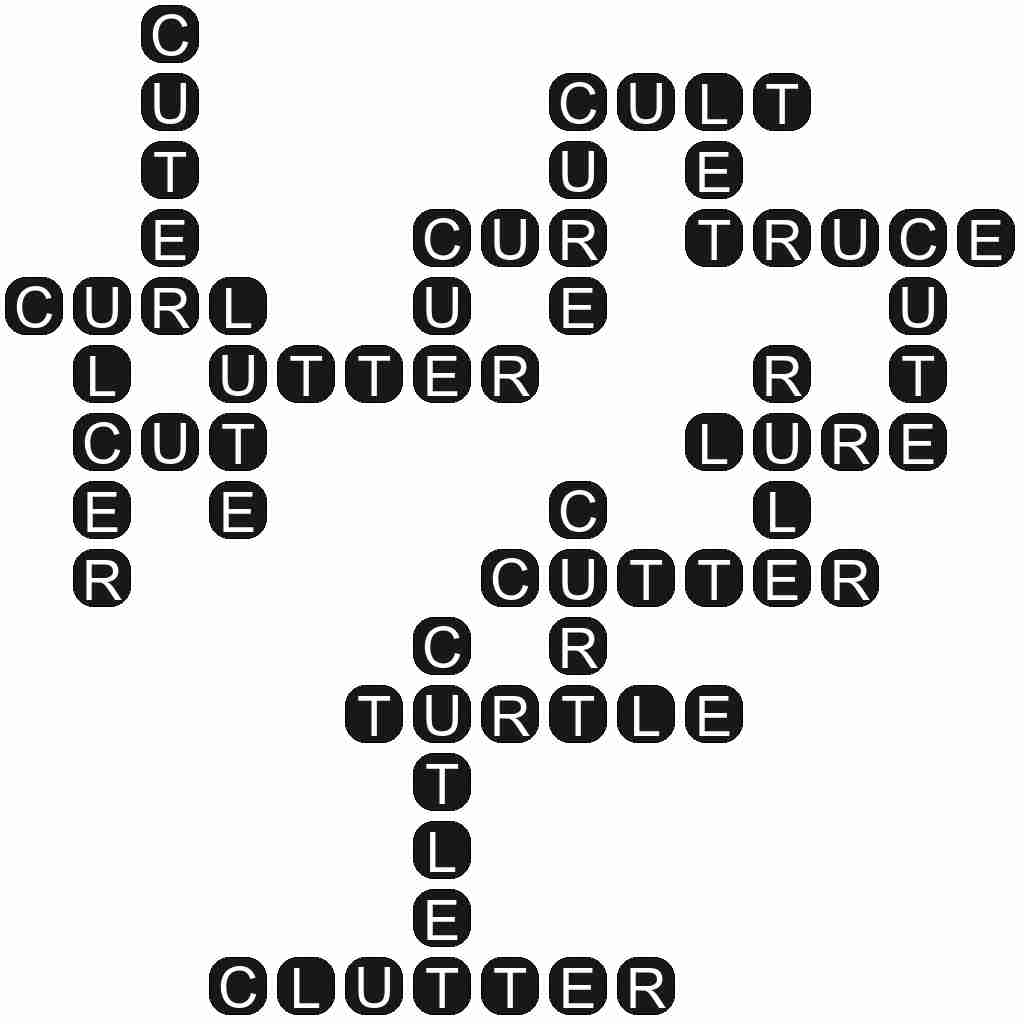 CUTTER - A person or device that cuts.

TURTLE - Any land or marine reptile of the order Testudines, characterised by a protective shell enclosing its body.